Most English people are familiar with the song Jerusalem which is a kind of unofficial national anthem for England – as opposed to God Save the Queen which is the official anthem for the United Kingdom as a whole. The words were written by the poet and painter William Blake, one of the great English eccentrics, a born and bred Londoner.

1. When Blue Badge Tourist Guides take groups to Westminster Abbey, they usually finish their tour at Poets’ Corner. Amongst the monuments and memorials to poets, playwrights and novelists is the head of William Blake, a man who not only wrote poetry but also illustrated it. Jacob Epstein’s bust of Blake stares out at you with the intensity which would have been familiar to those who knew him. He was not an easy man to get along with but he left us some very powerful poems and images.

2. Although he had spent many days in Westminster Abbey studying the church and its monuments during his early years when he was learning the craft of engraving, Blake could not have been buried there as he was a non-conformist who did not accept the dictates of the Church of England. Instead, he was buried in Bunhill Fields near to Daniel Defoe, the creator of Robinson Crusoe, and Isaac Watts the hymn writer. 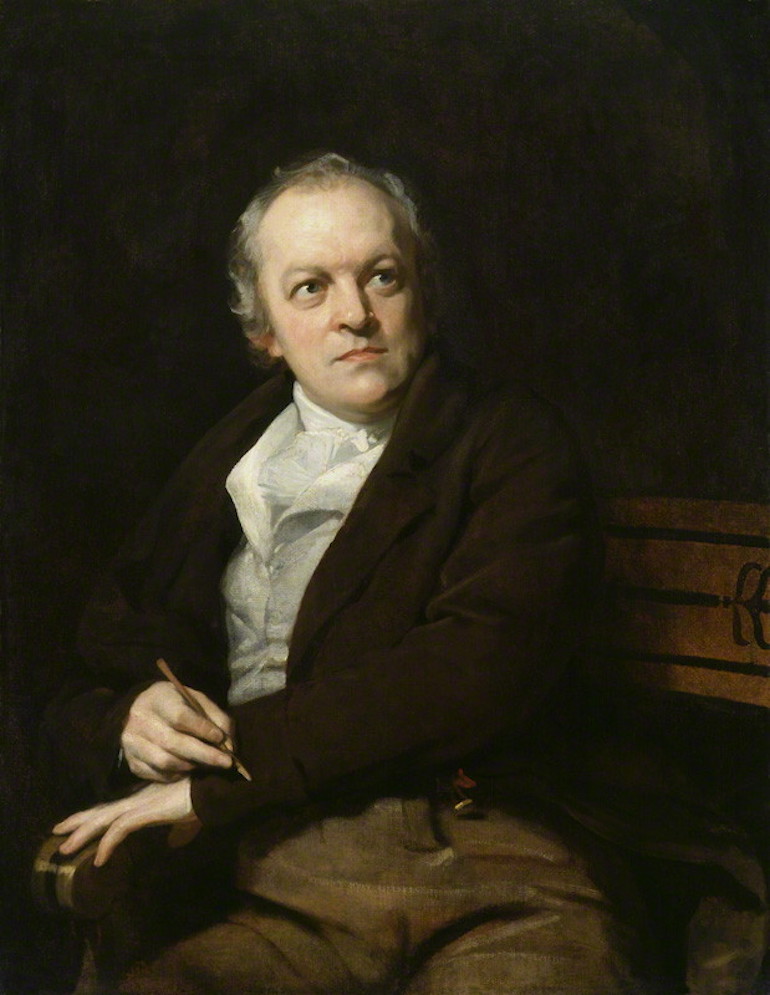 3. As a baby, William Blake had been baptised into the Church of England by his parents at St James’s Church, Piccadilly. This is the only church in the West End of London to have been designed by Christopher Wren. It has a plastic spire, the original copper one having been destroyed by a bomb during the Second World War.

4. William Blake wrote Jerusalem as part of a much larger work on the poet John Milton, whom he revered and whose great work Paradise Lost he drew illustrations for. Like Milton, Blake was born and bred a Londoner. Unlike Blake, Milton had a wealthy father and spent his early years reading and studying languages in preparation for writing Paradise Lost in order, as he said, ‘to justify the ways of God to men’.

5. William Blake married Catherine Boucher, who was illiterate and signed her marriage certificate with an ‘X’. The marriage was childless but they remained close and William taught Catherine not only to read but to help him with his engravings.

6. Jerusalem was written in Sussex where the Blakes lived for three years in the village of Felpham, now part of Bognor Regis. The cottage they lived in is the only house Blake occupied which has survived and is being restored as part of a memorial and museum to one of England’s best-loved poets and artists. Go to Blake Cottage for more information on the restoration. 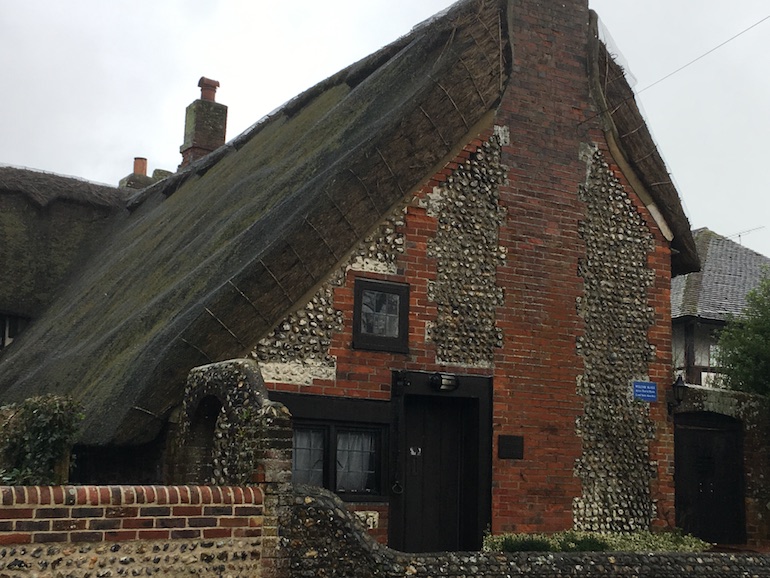 7. William Blake left Sussex after three years following an altercation with a local soldier John Schofield who accused him of insulting the king, George the Third, and of sedition. With help from his patron William Hayley, Blake fought the charge and was acquitted. He soon returned to London, where remained for the rest of his life.

8. The poem Jerusalem was set to music by the composer Hubert Parry a hundred years after Blake wrote it. It was meant to lift the spirits of people during the dark days of the First World War but was soon adopted by the women’s suffrage movement which Parry, his wife and daughters supported. It is still sung by the Women’s Institute at their meetings and featured in the film Calendar Girls.

9. The hymn is also sung at the Last Night of the Proms by the audience at the Albert Hall along with Land of Hope and Glory, to music by Edward Elgar, Rule Britannia, Auld Lang Syne and God Save the Queen. So popular has this evening become that is broadcast into public parks around the United Kingdom so that others can join in.

10. The words of Jerusalem have given us many famous phrases such as “England’s green and pleasant land” and “dark satanic mills”. Possibly the best known outside Britain, however, is “Chariots of Fire” which provided the name for the film which won the best Oscar in 1982. The awarding of the Oscar to a British film led the screenwriter Colin Welland to proclaim to the Academy “The British are coming!”

London covers 600 square miles and has a population of 8.6 million, but only its oldest part, just one square mile in size, is called the City of London. That is where the Romans founded the city of Londinium shortly after they arrived in 43AD. Today, the City of London – or simply “the City” – is the centre of London’s finance industry. The City is where you find the Bank of England, the London Stock Exchange, the investment banks, insurance companies and financial markets. It combines the most modern headquarters buildings with Roman remains and medieval churches, and it is great to explore on foot.