On 2 September 2016, it will be exactly 350 years since the catastrophic Great Fire of London started in Thomas Farynor’s bakery in Pudding Lane. The fire raged for four days, destroying 13,200 homes and leaving 65,000 people homeless. The speed at which London recovered, and the way it did so, laid the foundations for the global city we know today. 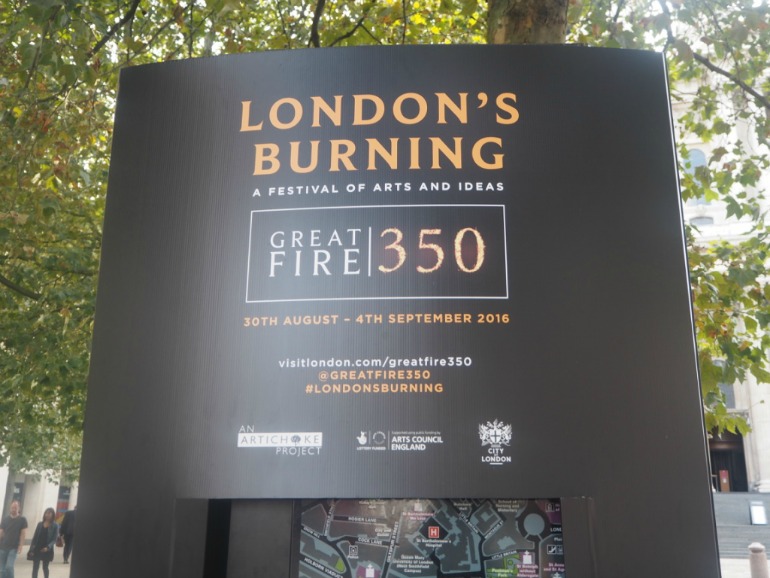 Great Fire 350 is the official commemoration of the 350th anniversary of the 1666 Great Fire of London, an umbrella season of events that tells the fire’s stories, big and small. The exhibition Fire! Fire! is on at the Museum of London until April 2017. The Museum of London is also hosting a programme of fire themed walks and tours, free afternoon lectures, workshops, family activities, children’s sleepovers and festival days.  St Paul’s Cathedral is also putting on a programme of walks, talks, and tours, special sermons and debates until 2017.

One of the more elaborate anniversary events for the Great Fire of London will be London 1666: Watch it Burn on Sunday, 4th September 2016. This will involve setting alight an extraordinary 120-metre long sculpture of 17th-century London skyline created by American “burn” artist David Best on the River Thames between Blackfriars Bridge and Waterloo Bridge. The event can be watched in person or live online at London 1666: Watch It Burn. 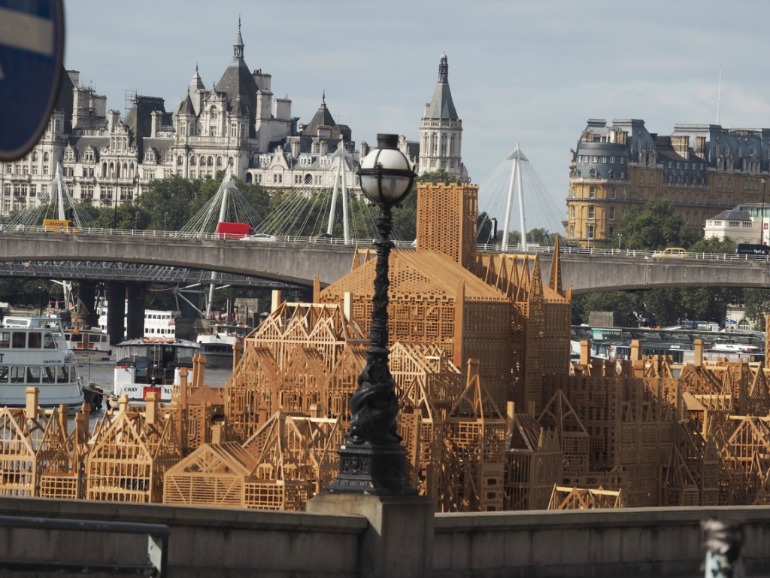 To uncover the stories of the Great Fire of London and to find out about additional exhibitions, lectures, tours, performances, and special events, visit the website for the Great Fire 350.

London is blessed with numerous green parks and gardens, most importantly the eight main Royal Parks, from the central London Parks of Regent’s Park and Primrose Hill, Hyde Park, Kensington Gardens, St James’s Park and Green Park to those further out such as Richmond Park, Bushy Park and Greenwich Park. These are often called “London’s Lungs” and are a green haven for Londoners and visitors alike.