Charlie Chaplin, one of the greatest stars of early cinema, has been honoured with an English Heritage blue plaque at his former London home in Glenshaw Mansions on Brixton Road in Kennington. The blue plaque was unveiled by the British comedian and Chaplin admirer Paul Merton, Chaplin’s granddaughter Kathleen, a singer, was also present with her seven-year-old son. Christer Jonsson, a Swedish comedian and magician, who had come complete with battered top hat and cane, demonstrated Chaplin’s famous tramp walk after the unveiling.

Chaplin had no birth certificate but it is believed that he was born in Walworth in 1899. He endured what he called ‘a forlorn existence’ with an alcoholic and largely absent father and a mother beset by mental problems who was eventually institutionalised. In 1908, however, his fortunes were looking up and he got his break with the company of the famous impresario Fred Karno. Despite Karno’s doubts about ‘the pale, puny sullen-looking youngster’ he was an instant hit with London music-hall audiences and a move to America soon beckoned.

The flat was fondly remembered by Chaplin in his 1964 autobiography as his ‘cherished haven’. Today, Glenshaw Mansions – newly built when Chaplin and his brother moved in – survives much as they must have known it, despite the bomb that fell nearby during the Second World War. The building was referred to in Chaplin’s novella, Footlights (first published in 2014). 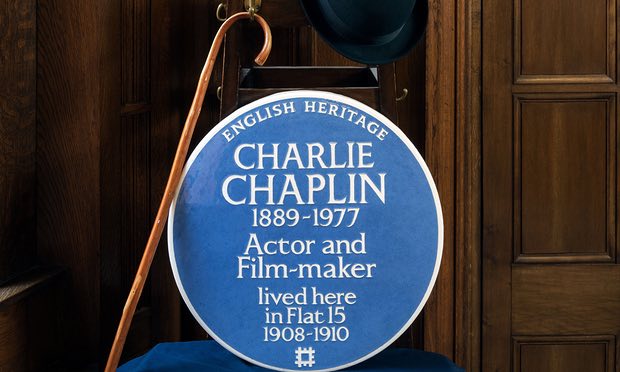 The Chaplin brothers moved into the four-storey mansion block and spent £40 on furnishings, £15 more than they had budgeted. The money bought a couch, two armchairs, a fretwork Moorish screen lit by a yellow bulb and a tasteful female nude portrait. Chaplin described the design as ‘a combination of ‘a Moorish cigarette shop and a French whore-house – but we loved it’. He left for America in 1910, leaving a note for Sydney because he disliked goodbyes. Although Chaplin found widespread fame and fortune in America, his comedic roots began in the music hall and vaudeville scene of his home city. 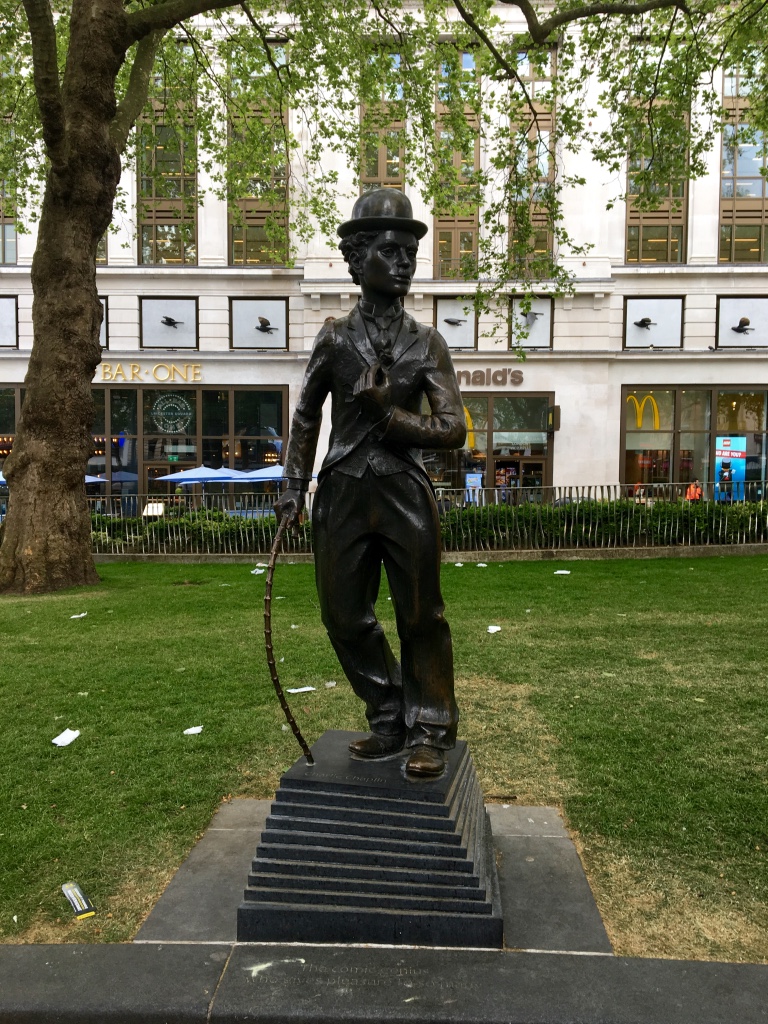 It is not often that the name of Sir Norman Foster is associated with gardening. He is more well known for being the architect behind the Gherkin (he is thought to hate the nickname and prefers 30 St Mary Axe), the British Museum Great Court, City Hall and Wembley Stadium. But gardens?  No, not really until the opening of Crossrail Place in early May.

The Tower of London is one of the most popular sites in our capital city, attracting more than 2.8 million visitors a year. One of the main draws is the Jewel House, located in the heart of the Tower grounds. It contains some of the most precious gems you’re ever likely to see: the royal ceremonial regalia known as the Crown Jewels.