Angela Morgan, our London Blue Badge Tourist Guide for the Brixton walk in December, definitely has the street cred for a walking tour of Brixton, being familiar with not only the people of the area but the kind of fruit, veg, fish and meat you can buy in the market.  We had a great lesson in sweet potatoes, yams, akee and even breadfruit, which was transported on the Bounty by Captain Bligh and Fletcher Christian to feed the slaves who were ancestors of many of the current occupants of the area. 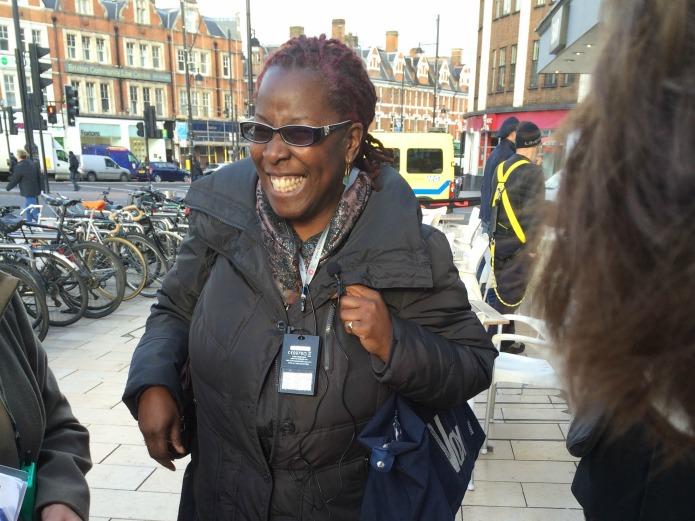 We began in Windrush square, named after the ship that brought in the first group of immigrants from the West Indies in 1948. Many settled in Brixton and began the long battle for acceptance in an often hostile environment. The British government had encouraged immigrants to come here because of labour shortages, but many of the British people were much less welcoming. 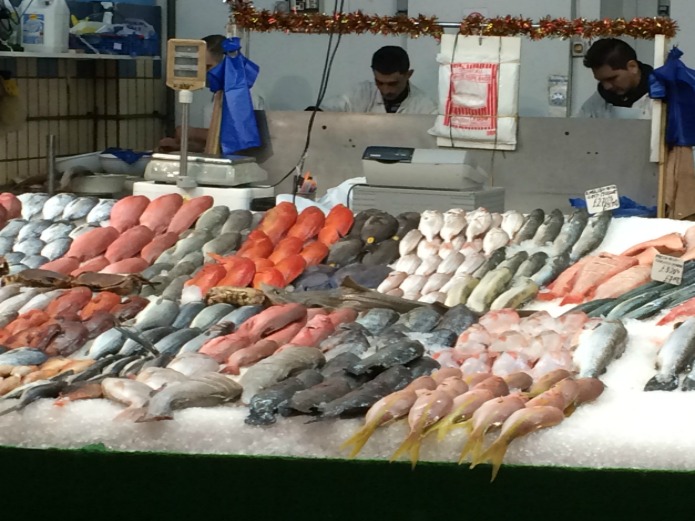 Racial tensions led to rioting in 1981 and later in 1985, initially started when the police introduced a policy of stop and search, overwhelmingly targeting young black males.  Brixton was synonymous with riots for a long time but has gradually become a fashionable and vibrant part of the capital with one of its busiest tube stations (over 25 million users a year). Next door is a Starbucks, even a Fromage and Champagne in the market. 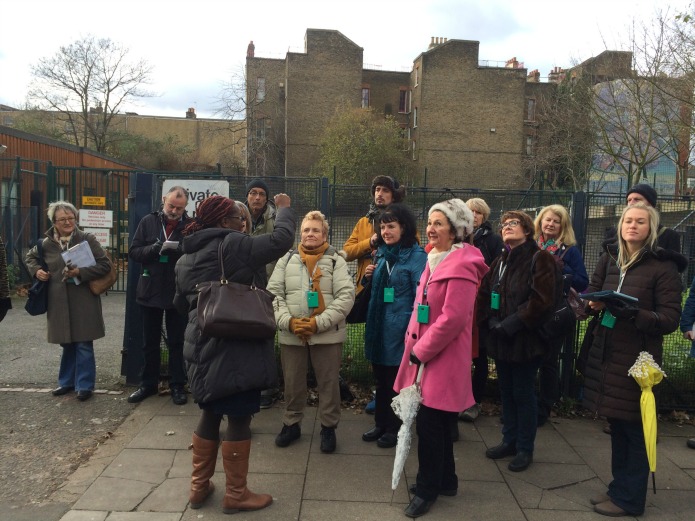 Angela’s walk took in Henry Tate, the sugar magnate and museum builder, who lived in the area and whose bust stands in front of the Ritzy cinema where we met.  From there it was on to see the council estate in Somerleyton Road which stands opposite some of the new private housing where flats have rents of £350 per week. Brixton has a mix of council housing estates with social problems and private houses with increasingly high prices. 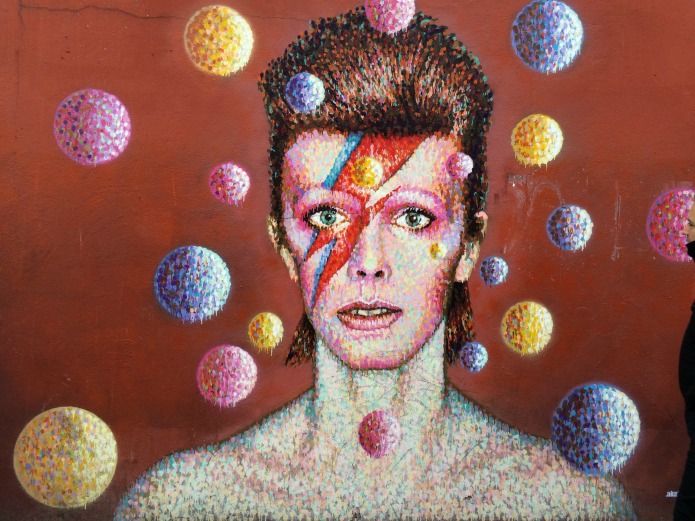 David Bowie Mural on the side of Morley’s in Brixton. Photo: ©Edwin Lerner.

The highlight for of us was the walk through the covered market, now known as Brixton Village. We saw where Will Smith had coffee and where Will Self’s art installation was installed – with overheard snippets of Brixton speech illuminated.  We stood by David Bowie’s mural and where Nelson Mandela walked down the steps from Brixton Recreation Centre with Prince Charles.  Brixton has claims to being the liveliest part of London and Angela brought it beautifully to life.

Books about Town launched in July with benches shaped like open books popping up all over London. The BookBenches feature stories linked to London and are based on a range of iconic books from treasured children’s stories such as The Lion, the Witch and the Wardrobe and Peter Pan to classic adult titles including 1984 and The Day of the Triffids.

Visitors to London will be pleased to hear that Transport for London will launch a night time tube service starting the early hours of 12 September. Thereafter, there will be a round-the-clock service on Fridays and Saturdays on Jubilee, Victoria, and most of the Central, Northern and Piccadilly lines.