A custom that harks back to the Middle Ages caused a stir outside Westminster Abbey on the morning of 3 October 2016. The sight of men and a few women in robes of scarlet red, black, some embellished with gold braid or lilac trim wearing long white or cream wigs walking into the church via the famous West Front attracted much interest.

For many Londoners it is not a spectacle that is well known, so it would come as a surprise to learn that it is in fact the Judges Service that takes place annually to mark the start of the UK legal year. The service has its roots in the religious practice of judges praying for guidance at the beginning of the legal term. The service at Westminster Abbey is attended by the Lord Chancellor and Secretary of State for Justice, the Lord Chief Justice, judges and other members of the legal profession including government ministers, lawyers, members of the European Court and other overseas judges and lawyers. The 45- minute service is then followed by a breakfast reception at the Houses of Parliament, hosted by the Lord Chancellor held either in Westminster Hall or the Royal Gallery.

Would the sight of the judges in suits be as exciting as they arrive for their annual service? Maybe not; the wearing of ceremonial robes has a long and rich history wrapped in traditions and symbolism. The design and style of the robes range from the 14th century to the early 20th century. The wearing of wigs was adopted in the 17th century when it was King Charles II who introduced them for wear in polite society. 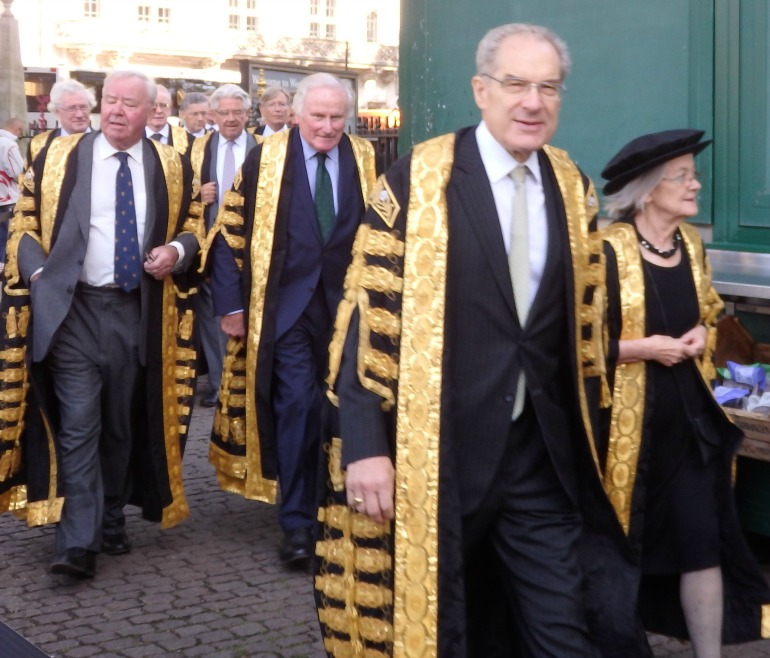 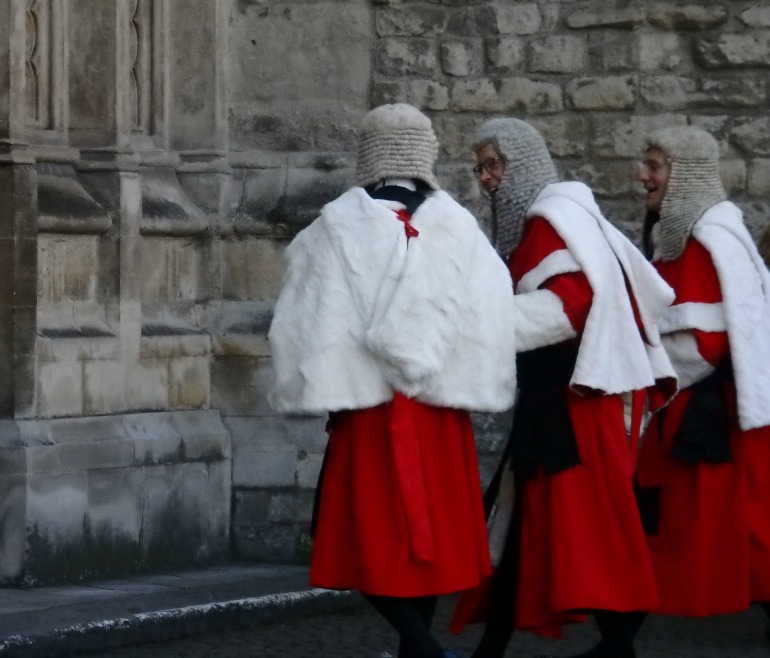 Circuit Judges sitting in the lower County Courts wear Court dress that is based on a robe first introduced in 1919. It was originally cut from violet cloth with lilac silk facings and cuffs. It was worn with a lilac-casting hood across the shoulder and a black girdle around the waist. Adaptations to the robe were made in 1937. 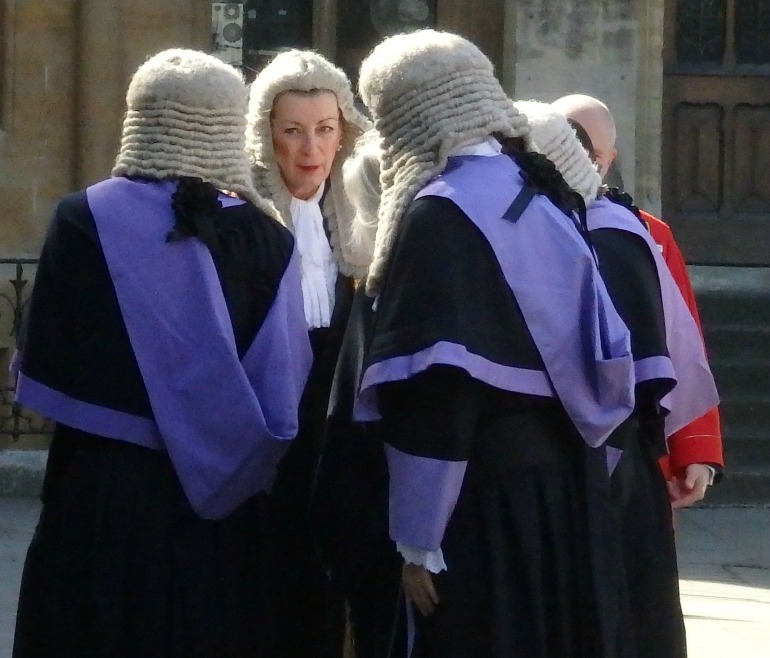 Queen’s Counsel – this role dates back to 1604 when King James I introduced the rank of King’s Counsel to the Bar. It was highly coveted then as it is today. Today’s Queen’s Counsel is a prestigious title held by leading Barristers. Queen’s Counsel wears the Tudor black silk robe, over a court coat, waistcoat. Breeches and a lace stock. 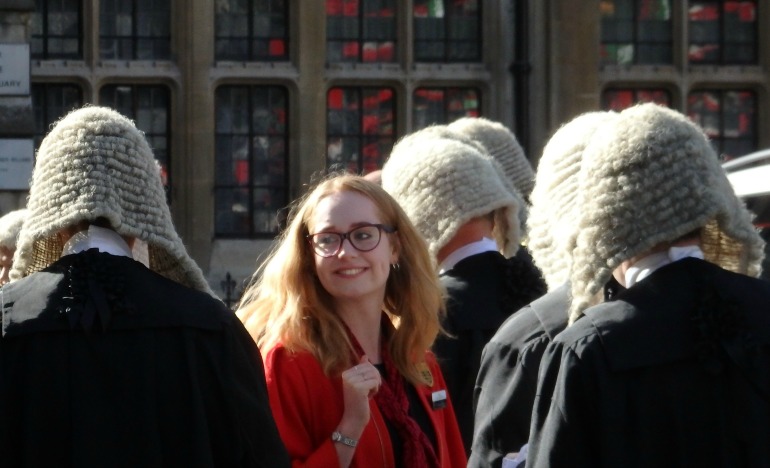 This year the Judges Service proved to be a historical occasion with the attendance of the first female Lord High Chancellor since the creation of the position in the 13th century. Elizabeth Truss was installed into this post 14th July. She was lead into the Abbey by a Serjeant at Arms carrying one of the two maces held in the Houses of Parliament. 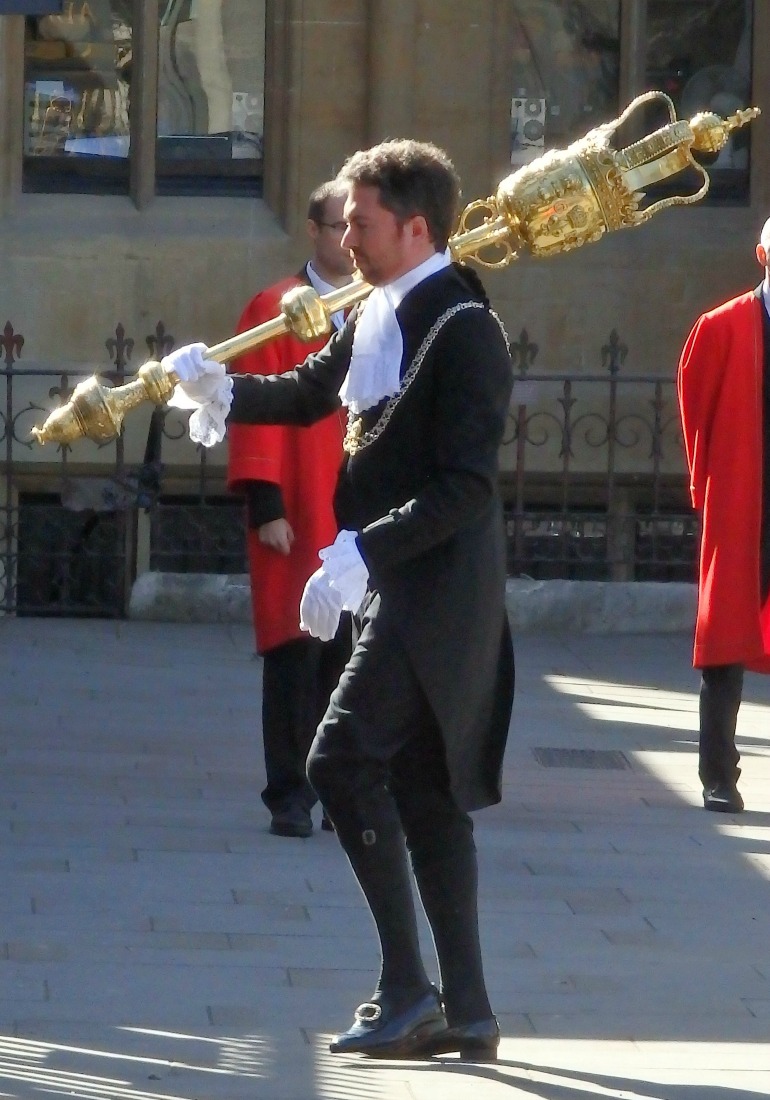 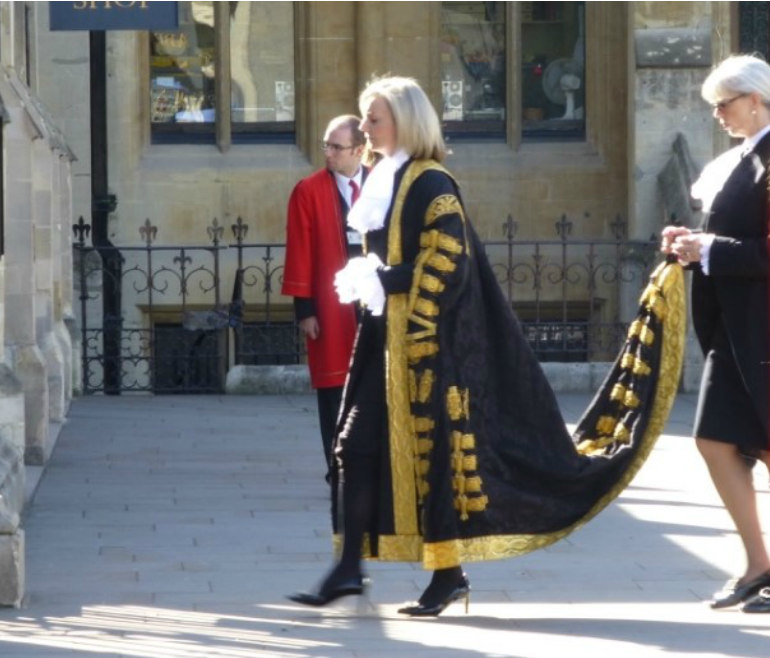 Tradition and history was indeed played out to a curious public that day. Are you interested to find out more? If yes, consider a Legal London walking tour that can be tailored to your level of interest.

I Want A Picture-Perfect White Christmas In London

In December our thoughts turn to Christmas. We think about our family, friends, Christmas cards, food (lots of it!) and presents - will Santa pass by this year? Also, just as important, the reason for Christmas: the birth of Jesus. But what we also think about is the weather - will it snow? This question set me thinking – why do we feel Christmas isn’t really Christmas if it doesn’t snow?

London covers 600 square miles and has a population of 8.6 million, but only its oldest part, just one square mile in size, is called the City of London. That is where the Romans founded the city of Londinium shortly after they arrived in 43AD. Today, the City of London – or simply “the City” – is the centre of London’s finance industry. The City is where you find the Bank of England, the London Stock Exchange, the investment banks, insurance companies and financial markets. It combines the most modern headquarters buildings with Roman remains and medieval churches, and it is great to explore on foot.