The Man In Tights – Jules Leotard in London

The word ‘leotard’ is used to describe a one-piece stretch garment in various colours and styles and is commonly used in dance, sport, and exercise. Leotards allow flexibility of movement and are worn by dancers, gymnasts, and fitness fanatics. The name is referred to without thought for its origin, but it is interesting to learn that a young Frenchman, Jules Léotard, who wanted to show his acrobatic skills in mid-air, created this functional garment which continues to provide comfort for those who wear it.

Jules Léotard was born in 1842 in France. His father ran a gymnasium in Toulouse where he would practice his act over the swimming pool using a bar connected to ventilator cords. His performance was called the ‘flying trapeze.’ After tricks above the pool, Léotard performed a twelve-minute routine in Paris’s Cirque Napoleon (now the Cirque d’Hiver).

On 12 November 1859, Leotard became the first to perform a mid-air somersault and leap from one trapeze to another. His co-artists were so impressed that they sponsored a banquet in his honour, and a commemorative medal was struck. There were no safety nets at the time: he performed above mattresses laid out on a runway.

Two years later, in 1861, Jules Léotard brought his act to London, making his début at the Alhambra Music Hall, today the site of the Odeon Leicester Square, earning the equivalent of £5000 a week. He performed above the heads of the diners. I imagine the joke: ‘Waiter! There’s an acrobat in my soup!’

Jules Léotard would return to London several times between 1866 and 1868, performing mainly in music halls and popular pleasure gardens. It was during this time that the music hall singer George Leybourne, who was better known as ‘Champagne Charlie’ composed the lyrics for what would become a popular music hall song of the day The Flying Trapeze – with the time-defying lyrics:

‘He’d fly through the air with the greatest of ease, Ca
Atdaring young man on the flying trapeze.’

As with many stars that shine brightly, his light was snuffed out. He died in 1870, aged only twenty-eight, from an infectious disease, possibly smallpox.

One of the places Leotard performed at was Cremorne Gardens in Chelsea. Its history goes back to the eighteenth century, the name a reference to Viscount Cremorne, who owned the land at the time when it was known as Chelsea Farm. It would later become a pleasure garden from the 1840s until its closure in 1877.

There were references to all sorts of entertainment – music, dancing, death-defying feats such as balloon ascents (with one fatal incident), tightrope walks, and a flying trapeze artist by the name of Léotard. When I saw his name while researching a tour, I stopped to investigate further.

London Blue Badge Tourist Guides often find information during their research that we want to share but which may not be appropriate for that project. I was preparing a walk for residents in Chelsea and used what I discovered – which curiously received some giggles from my mature audience!

Did Jules Léotard create the outfit and name it after himself? He designed a skin-tight one-piece knitted garment which he called a ‘maillot,’ the French word for a tight-fitting shirt. It allowed him unrestricted movement and to show off his athletic physique. No wonder he was a huge hit with women! The use of his name for similar garments was first recorded in 1886, sixteen years after his death.

Cremorne Gardens was closed in 1877, and much of it disappeared under various building developments. A small part remains near to the River Thames just off Lots Road. A special treat for visitors to the area is the original Cremorne Gates that were re-sited here in 1997. 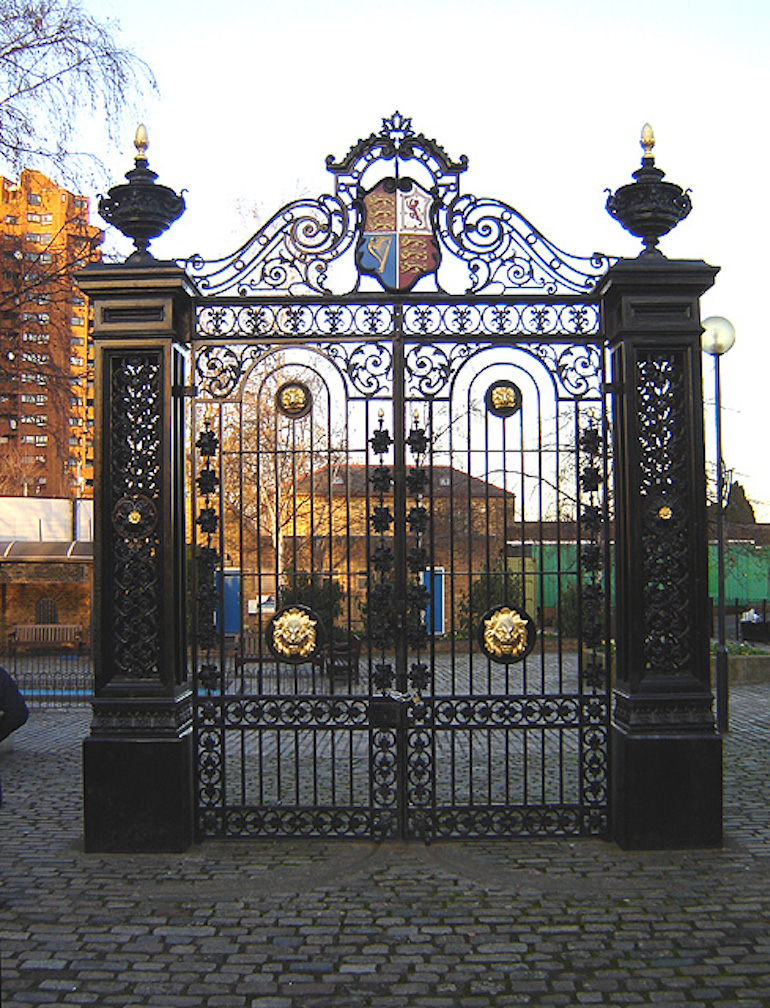 One of the original gates from Cremorne Gardens. Photo Credit: © Tarquin Binary via Wikimedia Commons.

London Blue Badge Tourist Guides often talk about the construction of new buildings when they conduct their tours. However, this is often preceded by destruction, the most common cause being fire. They start as small acts of carelessness and end up altering the London skyline.  Below are three famous fires in our history stand out.

The View From My Window: The Source of Memories & Dreams

Time is weighing heavily as I sit at my window, sewing. Yes, buttons. Has it really come to this? Every once and awhile I’ll lean forward to wave or nod to a friend or a passing acquaintance. The window washer, the Baptist preacher, the local councilwoman, the `kids’ next door (who are now adults) … We know everybody. But truth be told, it didn’t get off to a good start. My husband Mike Rothschild and I moved into this house in Bow in East London at the end of the first year of the new millennium. Almost immediately we flew to the USA to visit family before returning to begin a massive renovation of our new home.