It’s got to be one of London’s best-loved events: from the arrival of the eagerly awaited annual catalogue and the feverish planning of visits, to that autumn weekend when the city flings open its doors to citizens and visitors. Yup, it’s Open House – time for Londoners to get up close and personal with buildings they normally can’t access.

While the pandemic has clipped its wings a bit, you can’t keep a good festival down. “We decided early on that we would try and keep going,” says Sian Milliner, head of Open House. “Covid-19 has changed the way our event will look and feel, but it hasn’t taken away its purpose – to explore London’s architecture and be proud of our city”.

Over 100 socially distanced walks and tours will take place this year, with as many virtual events. The 2020 catalogue contains 33 specially commissioned essays on the capital’s architecture, planning and social housing, there’s a new film series running over Open House Weekend (September 19/20) and Blue Badge Tourist Guides have stepped in with a programme of no fewer than 16 virtual tours.

Paula Cooze, who has been part of the team organising the Blue Badge Tourist Guides contribution, was at the first-ever Open House in 1992. “My mum and I drew up a war plan for visiting as many buildings as possible in the two days,” she says, “We never thought it would happen again. I still remember some of the great tours given by the volunteers on the day – maybe that’s why I later trained to be a London Blue Badge Tourist Guide.”

Open House London is run by Open City, the not-for-profit network for architecture and the built environment now operating in 46 cities worldwide. Both were founded by the architect Victoria Thornton OBE, now president of the Architectural Association, then operating out of her Highgate flat. It survives 29 years on, becoming more popular every year. It’s one of the few benefits of the summer ending.

It’s also a perfect moment for guides to step in. As we all know, Covid-19 put an end to “real world” London guiding back in the spring, and virtual tours have been a new and inspiring alternative. Working with Open House is ideal for both partners. 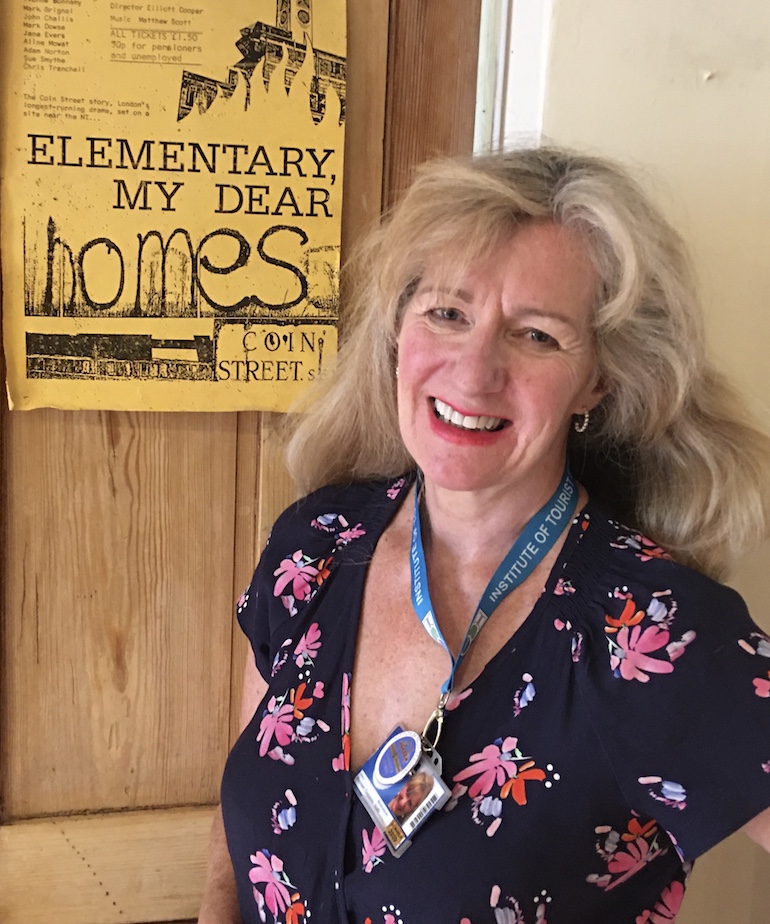 This year, the Blue Badge tours are open to everyone. It is our hope that for next year’s Open House, we will be able to offer free real-life walks exclusively to NHS staff and key workers as a thank you for their efforts during the pandemic.

Maureen “Mo” Corcoran was a tenant activist in the Coin Street area in the 1970s, opposing developers who wanted to use the semi-derelict area for office blocks. The activists won, and she went on to work in housing and welfare rights, which has given her a lifelong interest in social housing and proved a great topic for guiding.

The wonders of virtual touring mean that she can sweep people across London on her Radical Housing tour, from Prince Albert’s Model Cottages in Kennington Park (“built for the Great Exhibition but constructed in Knightsbridge Barracks because they didn’t want working-class housing in the main exhibition…”) to the first Peabody Estate in Spitalfields. She’ll look at the “mouseholes” used by Suffragettes between bouts in prison; the world’s first large-scale municipal housing; as well as the 1930s “walk-up” estates and the “Homes fit for Heroes” estate in Roehampton.

Angela Morgan is doing two tours: one on Brixton street art and the other, “George, Nana and Mary”, on the Black presence in London, which has come increasingly into focus with the Black Lives Matter movement. “If I can show examples of difference, in whatever form it takes,” she explains, “I can, in my way, show the possibility for positive change among the people who live, work and play in this amazing city”. 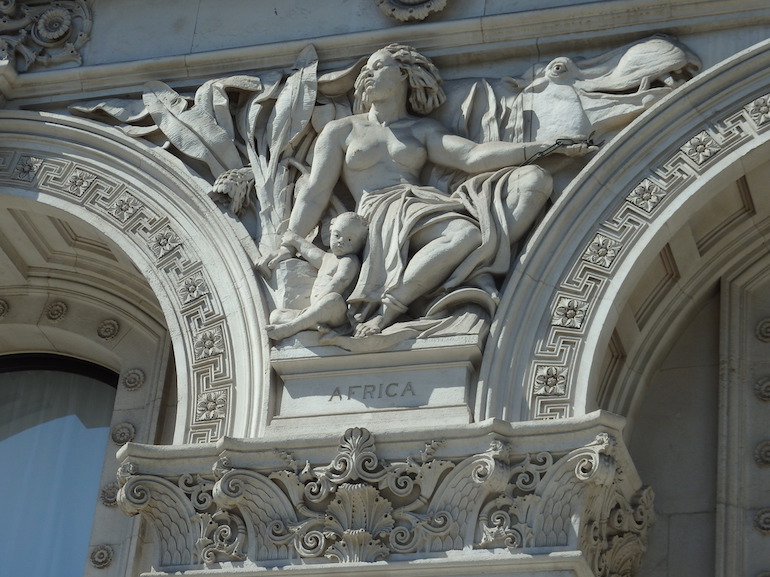 “George, Nana and Mary” starts in Trafalgar Square with the frieze at the bottom of Nelson’s Column, which features George Ryan, a black sailor on HMS Victory. It continues via Horse Guards, with Lieutenant Colonel Nana Kofi Twumasi-Ankrah, the first black officer in the Blues and Royals, and then across the Thames to St. Thomas’ Hospital and Jamaica-born Mary Seacole, whose work as a nurse during the Crimean War has largely been eclipsed by that of Florence Nightingale.

Further south of the river is one of London’s best-loved and most surprising sights, the Crystal Palace dinosaurs. “My mum comes from West Norwood, so I’ve known them all my life,” says Aaron Hunter, who combines guiding with his career as a paleontologist at the University of Cambridge’s Department of Earth Sciences. “And I’m going to tell the story of the discoveries made by 19th-century scientists.”

He describes the Grade-I listed model dinosaurs, sculpted by the natural history illustrator Benjamin Waterhouse Hawkins, as “the first Jurassic Park, the first dinosaur visitor experience and the first dinosaur theme park in the world”. The models occupy four islands, each colour-coded to reflect a different era in geological time, from the Permo-Triassic (pre-dinosaur, when there were “frogs the size of pigs…and lizards that looked like giant cows”), to the time after dinosaurs, when Irish elks (“they weren’t elks and they weren’t Irish, but never mind”) sported 40kg antlers.

You couldn’t get a better advertisement for guiding, nor for the sheer variety of themes and landscapes in London. “I’ve loved Open House ever since it started,” says Mo Cocoran. “It’s one of the best weekends of the year. I always go.” I’m guessing we’d all agree with that – this year with virtual tours included.

The Blue Badge Tourist Guides virtual tours listed below can all be found in the online programme of the Open House London website. 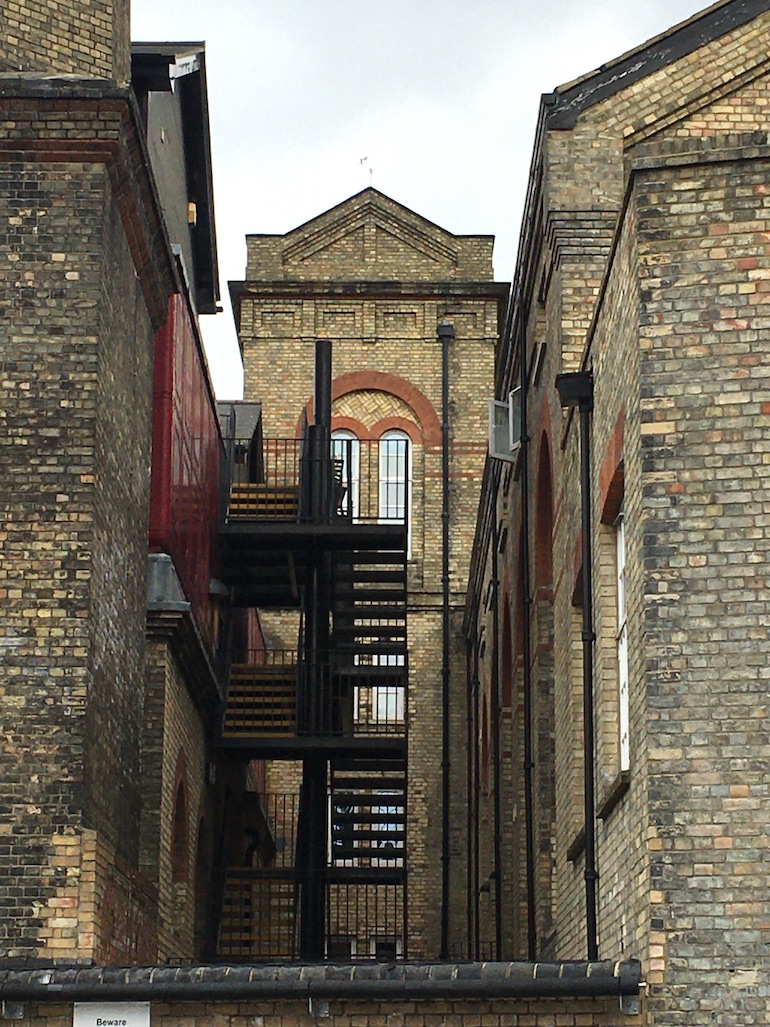 Sophie combines guiding with journalism on travel and UK heritage and has written a book on the events of the English social season. Her real loves are long walks across the capital and doing specialist tours, whether for urban planners or 18th-century nuts, but she likes guiding for any…

An American President in Ealing