On 5 September a Marchmont Association commemorative plaque was unveiled at 4 Burton Place, Bloomsbury, in the 1830s the former home of Robert Owen – the father of the Co-operative Movement. The plaque was jointly unveiled by the Mayor of Camden, Councillor Nadia Shah, Ed Mayo, Secretary General of Co-operatives UK, Professor Greg Claeys, the world’s foremost authority on Owen, and Iain Macdonald of New Lanark in Scotland.

Owen was born in 1771 in Newtown, mid-Wales and in 1787 moved to London and shortly afterwards to Manchester. In 1799 he moved to Scotland where he established with others the utopian settlement of New Lanark which is today a World Heritage Site. According to the Dictionary of Welsh Biography, “his work there entitles him to be called the pioneer in factory reform, the father of distributive co-operation, and the founder of nursery schools.”

Such was his reputation that he was invited to advise on what should be done to meet the
industrial crisis which followed the end of the Napoleonic Wars. He recommended the setting-up of self-sufficiency communities. For the rest of his life he preached this solution of the social problems and initiated experiments, the more famous of which was that of New Harmony, Indiana, USA. His fundamental tenet was that character is fashioned by circumstances. He returned to Newtown in 1858 where he died on 17 November. He was buried in the churchyard of St Mary’s, where the Co-operative Movement erected a monument in 1902. When the International Labour Office was founded in Geneva in 1919, originally as an agency of the League of Nations, the gift of the people of Wales was a bust of Robert Owen by Cardiff-born William Goscombe John. 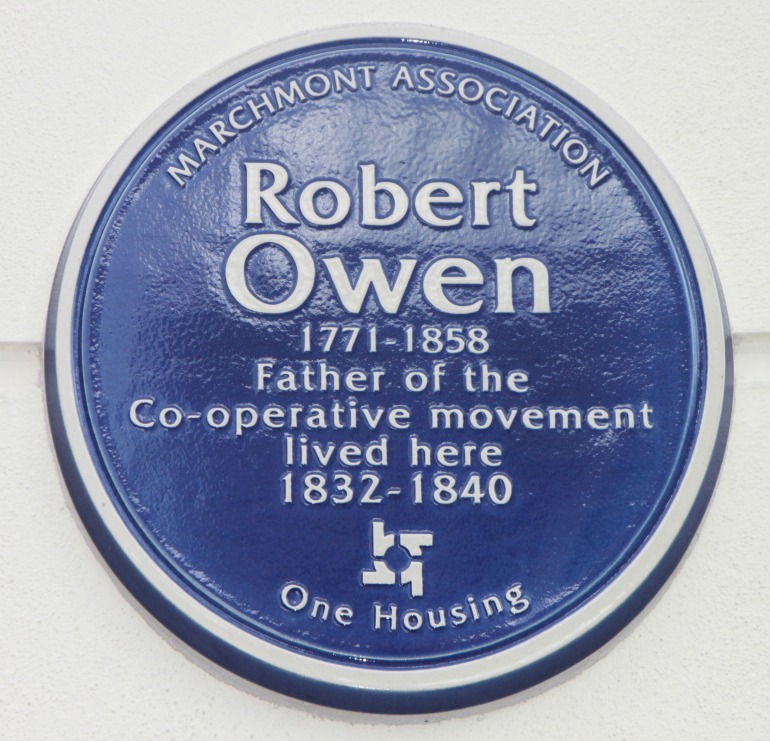 “an affable Welshman with an encyclopaedic knowledge of almost everything…. … enough information to fill a mighty leather bound tome and …. enough facts to look smart in front of friends for many a year.” – Islington Gazette

I was once asked to do a walking tour of Croydon, my borough in London and also where the composer Samuel Coleridge Taylor lived for most of his life. He was a man of mixed heritage who studied music and composed the Hiawatha Wedding Feast inspired by Hiawatha, written by Henry Wadsworth Longfellow.

A Starter's Guide to the English Football Season