Pearly Kings And Queens On The Streets of London

As well as the important buildings and monuments, Blue Badge Tourist Guides have to be aware of distinctive characters on the streets of London. None are more distinct than the Pearly Kings and Queens who dress up in  ‘colourful’ costumes and raise money for charity. In fact, a Pearly costume is usually made from black and white materials, with occasionally a brightly coloured scarf or feathers adorning a pearly hat or cap. 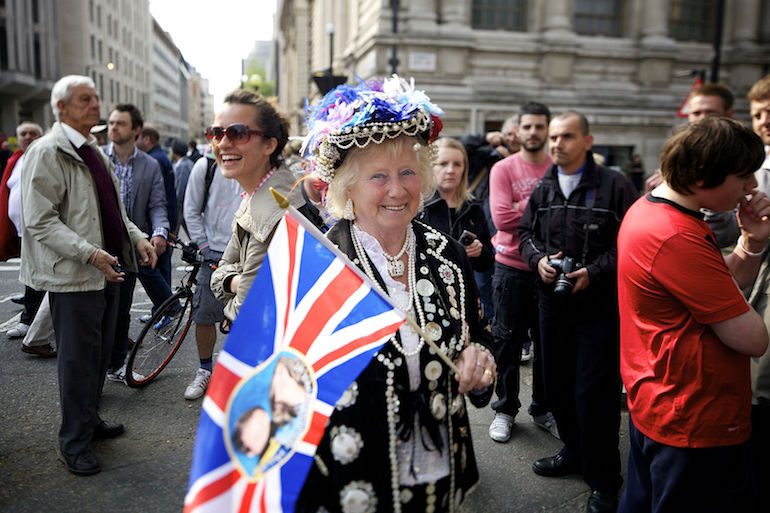 The first Pearly King was Henry Croft who, like almost all Pearlies, came from a London working-class background. Born in a workhouse in 1861, Croft worked as a road sweeper in the Saint Pancras area and took up the habit of adorning his clothing with mother of pearl buttons, which was quite common among street traders at the time. Croft, however, extended it to covering his clothes with buttons to such an extent that he walked along as a vision of white with small amounts of black background peeping through.

Croft used his distinctive appearance as an aid when collecting money for charity, particularly the hospitals of London which, at that time, relied upon private benefactors. The National Health Service was not set up until 1947, seventeen years after Croft’s death. From then health care for all British citizens could be accessed free of charge. During his lifetime Croft collected £5000 for London’s hospitals – equivalent to millions of pounds today.

The Pearly Kings and Queens Association was established in 1911 by which time each London borough had its own Pearly King and Queen, usually well-known street traders or costermongers, who sold household goods and food from barrows on the streets.

There are now several Pearly Societies but the whole community comes together for two church services when the Pearlies parade in their famous costumes in the heart of London. One of these is the Pearly memorial service held on the third Sunday in May at Saint Martin’s in the Field’s church in Trafalgar Square, where a memorial statue of Henry Croft can be found. There is also a Pearly harvest festival in the autumn held either at St Martin’s or St Mary-le-Bow church in the City of London.

At these events, you can see London’s famous Pearly Kings and Queens, Princes, and Princesses, dressed in their distinctive outfits. You also sometimes notice Pealries in the street as individuals or couples and they are usually quite happy to pose for photographs.

Note: For more information and photographs of Pearly Kings and Queens, visit their website. 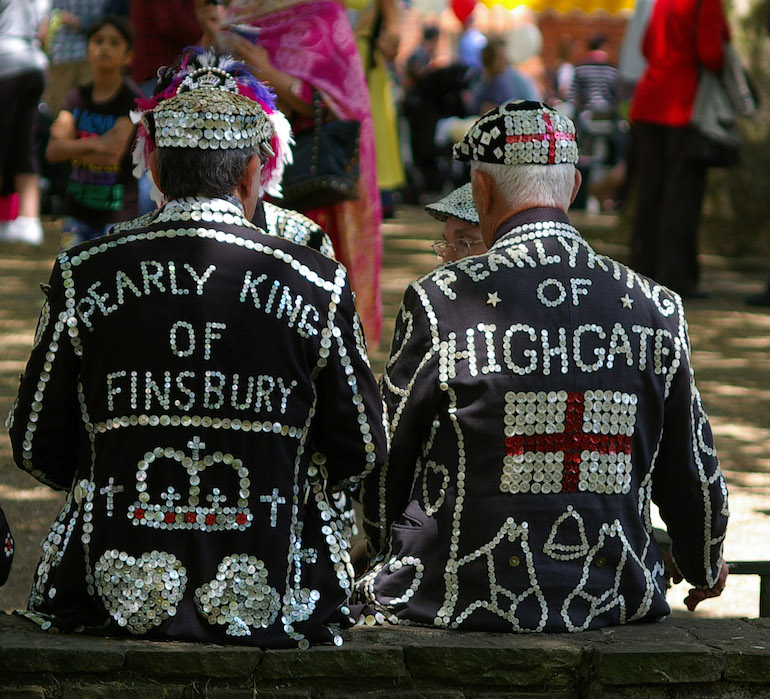 Spitalfields, Shoreditch, and Penge have established themselves as London’s hottest spots when it comes to street art, where you will find uncensored, clandestine, and sometimes sanctioned works adorning any spare wall or surface in reach of stealthy street artists.

Walthamstow: An Art-Friendly Part Of London

Step outside central London and you might find the suburbs are brighter than you think. Come out of the underground station at Walthamstow Central, walk around a little and you will find there is plenty to see: bric-a-brac shops dotted around, a long street market and great museums like the Vestry House in the Walthamstow Village area. My top tips for three must-sees in this area are the William Morris Gallery, God’s Own Junkyard and the Street Art.