Lifeboats In London: The Work Of The Royal National Lifeboat Institution (RNLI) On The River Thames

While most visitors to London might not associate the capital with the Royal National Lifeboat Institution (RNLI), the River Thames will be seen on virtually every tour of London and is often considered the backbone of the capital. Four of the RNLI’s 238 lifeboat stations are on the River Thames, and their busiest is RNLI Tower Lifeboat Station by Waterloo Bridge. The others are at Chiswick and Teddington in Greater London and Gravesend in Kent.

The RNLI opened its four stations on the River Thames in 2002.  They came about after the inquiry into the sinking of the pleasure ship, the Marchioness, in 1989 when fifty-one people died.  One of the recommendations was for a dedicated rescue service in London on the River Thames.  Its cold water and swirling tides make the River Thames particularly dangerous, and 600 lives have been saved since the stations opened, with lifeboats launched from them 6,000 times. 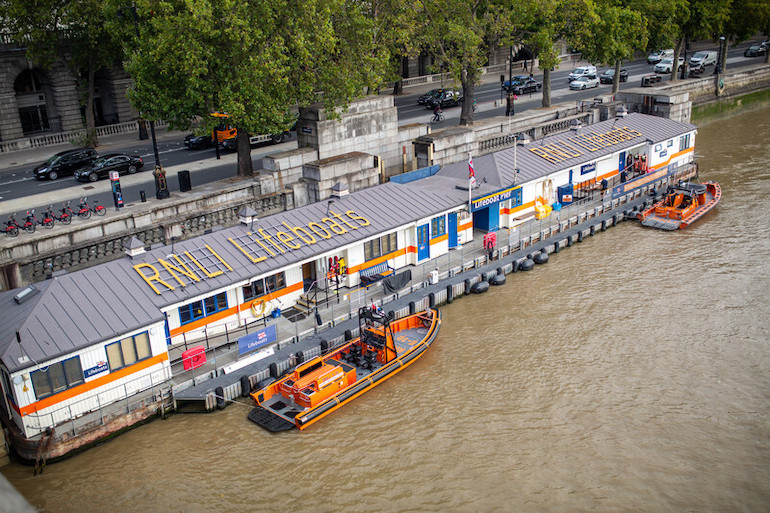 During the last two centuries, the RNLI – which is entirely reliant on donations from the public to carry out its lifesaving work – has saved over 143,000 lives around the coastlines of Britain and Ireland. Its biggest single rescue was in 1907, when 456 people were rescued from the liner Suevic which had sunk off the coast of Cornwall.

In 2014, a man seconds away from drowning in the River Thames was rescued by the volunteer crew of an RNLI lifeboat. This was on the same day that the organisation launched its Respect the Water campaign to give people advice on how to save themselves from drowning. The RNLI was founded in Bishopsgate in London in 1824 by Sir William Hillary, a soldier, and author who had moved to the Isle of Man. 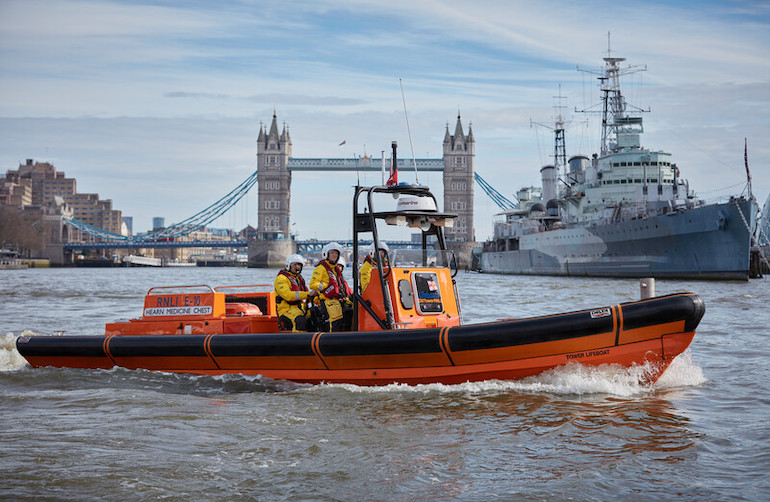 Hillary was aware of the danger to ships on the seas around the island’s coast and was involved in the rescue of passengers from the St. George which had run aground there in 1830. Despite being washed off a lifeboat Hillary and all the passengers on the St. George survived. Hillary persuaded benefactors to help him set up a professionally manned lifeboat service which was originally called the Institution for the Preservation of Life at Sea. When King George the Fourth offered his patronage the word ‘Royal’ was added to its name.

After a reorganisation in the middle of the century, the name was changed to the Royal National Lifeboat Institution, now known simply by the initials RNLI. Its volunteer lifeboat crews continued to save lives throughout both the First and Second World Wars. When the First World War broke out, many lifeboatmen were called away to fight, and the average age of the lifeboat crews rose to over fifty. More than 5,000 people were rescued between 1914 and 1918 and 6,000 between 1939 and 1945 during the Second World War. 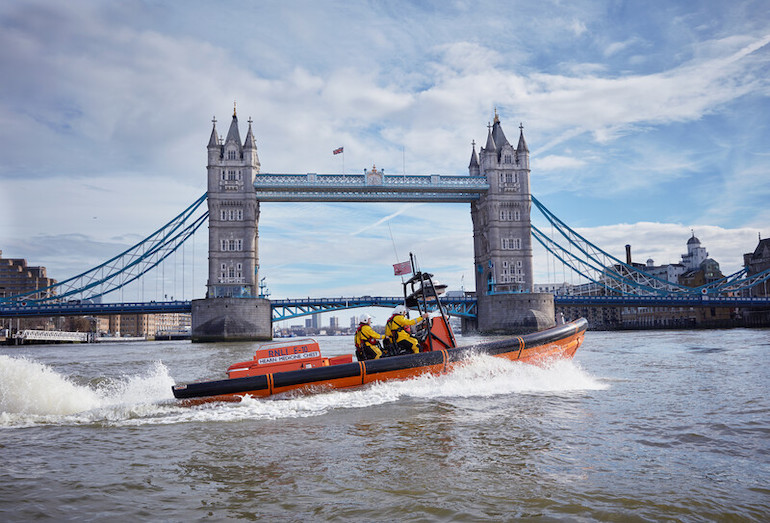 One of the most famous incidents in this conflict was the evacuation of troops from the beaches of Dunkirk in 1940 when nineteen RNLI lifeboats were used to help rescue and return thousands of British soldiers.

It costs the RNLI nearly £180M a year to maintain its vital lifesaving services, which is raised entirely from voluntary donations. Around 32,500 people work for the organisation, over 95% of whom are volunteers, including most of the lifeboat crews. The RNLI receives no funding from the government, and its famous lifeboat-shaped donation boxes can be seen in many places in Britain and Ireland as well as on ships sailing between the two countries.

Note: For more information about The Royal National Lifeboat Institution (RNLI) and their work in London, visit their website at: https://rnli.org/.

Dinosaurs And Destruction at the Crystal Palace

Most Blue Badge Guides, when conducting a tour of London, will give priority to what people can see. Occasionally, however, they will mention a building that has been lost to fire, bombing or development. One such is the Crystal Palace, originally found in Hyde Park.

Brixton is one of London’s most diverse and exciting neighbourhoods. It is bit of a hidden gem tucked away south of the river Thames and less than 3 miles from Westminster and the Houses of Parliament. Known for its Caribbean heritage and referred to as London’s Harlem by the US actor Will Smith, immigration has been a theme in Brixton’s history that defines its character as well as its cultural diversity.