London is blessed with numerous green parks and gardens, most importantly the eight main Royal Parks, from the central London Parks of Regent’s Park and Primrose Hill, Hyde Park, Kensington Gardens, St James’s Park and Green Park to those further out such as Richmond Park, Bushy Park, and Greenwich Park. These are often called “London’s Lungs” and are a green haven for Londoners and visitors alike. You may like to explore the following during a visit to one of the Royal Parks in London:

1. St James’s Park is the oldest of the Royal Parks, purchased by Henry VIII for a deer park. It has always been associated with animals with James I keeping exotic animals such as camels, crocodiles and an elephant in the park. Today St James’s Park is famous for its birdlife, including a resident colony of pelicans, first introduced to the park in 1664 as a gift from the Russian ambassador. They are usually to be found sunning themselves on the rocks at the end of the lake opposite Horse Guards Parade.

2. See if you can spot the beautiful circular plaques set in the ground through St James’s Park, Green Park, Hyde Park, and Kensington Gardens. They have a rose emblem at the centre etched in aluminum and if you follow them all you will complete the 7 miles Princess Diana Memorial walk through the Royal Parks.

3. In Green Park, it’s what you can’t see that is significant! The Park is a largely flowerless meadow with London Plane and Lime trees. Except for the wonderful burst of yellow daffodils in springtime, there are no flowerbeds or shrubberies. This follows a tradition going back to Queen Catherine, the wife of Charles II in the 17th century. According to tradition, she discovered that her philandering husband had picked flowers in the park and given them to another woman and in revenge, she ordered that all the flowers in the park should be pulled up and no more planted!

4. Take time to find the beautiful lake known as the Serpentine and Long Water in Hyde Park. This was created 1726-30 by Queen Caroline (wife of George II). The lake follows the shape of the Westbourne stream which now flows underground. Today the Serpentine is a great place to try rowing, pedalling and even swimming in the lido! Members of the public are welcome to swim in the lido from June to mid-September, and members of the Serpentine Swimming Club swim all year round, including their famous Christmas day race when they have been known to have to break the ice! 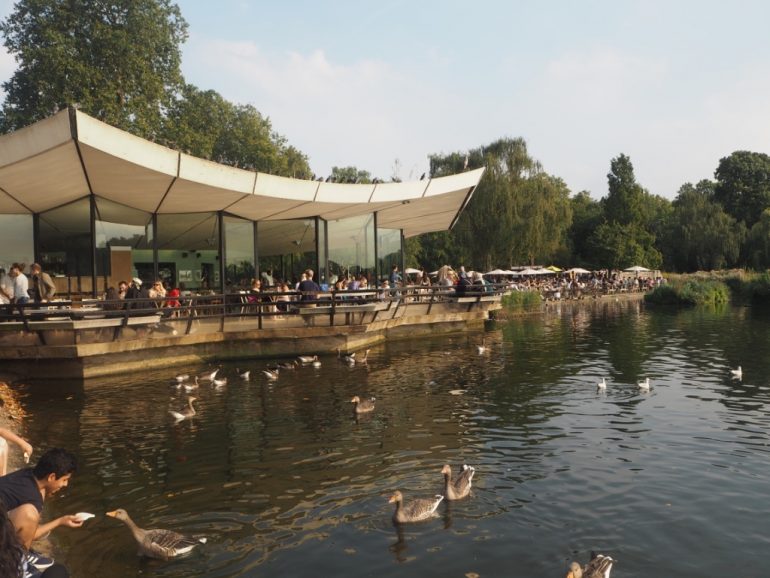 5. Don’t miss the exquisite Peter Pan statue in Kensington Gardens. Peter Pan’s author JM Barrie lived close by, walked in the Gardens frequently and took much of his inspiration for his famous story from the activities and people he observed in the Gardens. Today the beautiful bronze statue, featuring Peter Pan, Tinkerbell, squirrels, mice, and birds, is located on the west bank of the Long Water at the spot where Peter Pan lands in JM Barrie’s story The Little White Bird.

6. Pop into The Serpentine Galleries, a contemporary and modern art gallery in Kensington Gardens. If you are visiting during the summer don’t miss the famous Summer Pavilion, a temporary structure erected every year next to the gallery to showcase the work of an architect who has not previously built in Britain. 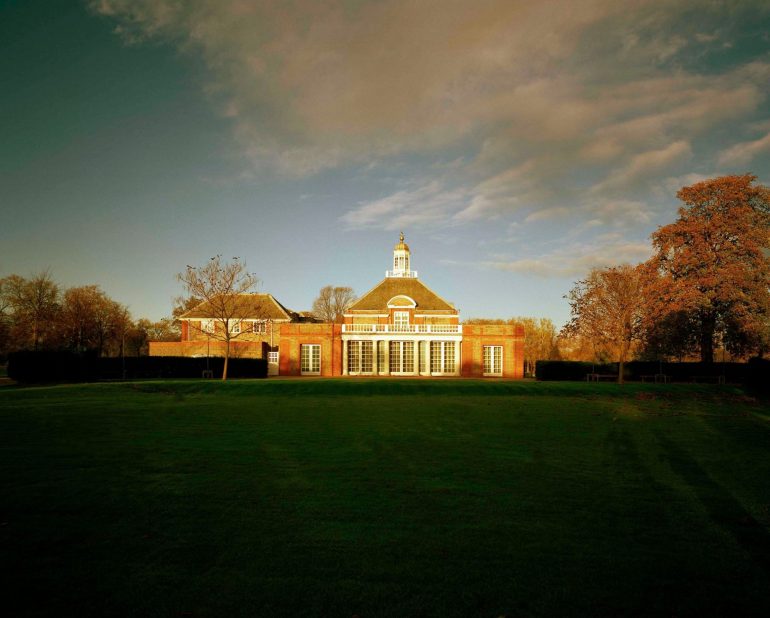 7. On the south side of Kensington Gardens, facing the Royal Albert Hall is the extraordinary sight of the Albert Memorial. This national memorial to Prince Albert, the much-loved husband of Queen Victoria, is a high point of Victorian gothic art, with a gilded statue of Prince Albert under a spire decorated with semi-precious stones and marbles. Guarding the four corners of the Memorial are statues representing the continents, the elephant of Asia resembles Dumbo!

8. Follow the Regent’s Canal along the northern edge of Regent’s Park. The canal was dug in the 1820s to link the docks in the east of London to Paddington in west London, where it joins the Grand Union Canal and continues to the industrial Midlands area. Today the towpath is a peaceful walk during which you can spot brightly coloured and traditionally painted narrow boats, both moored and providing a daily leisure boat service. 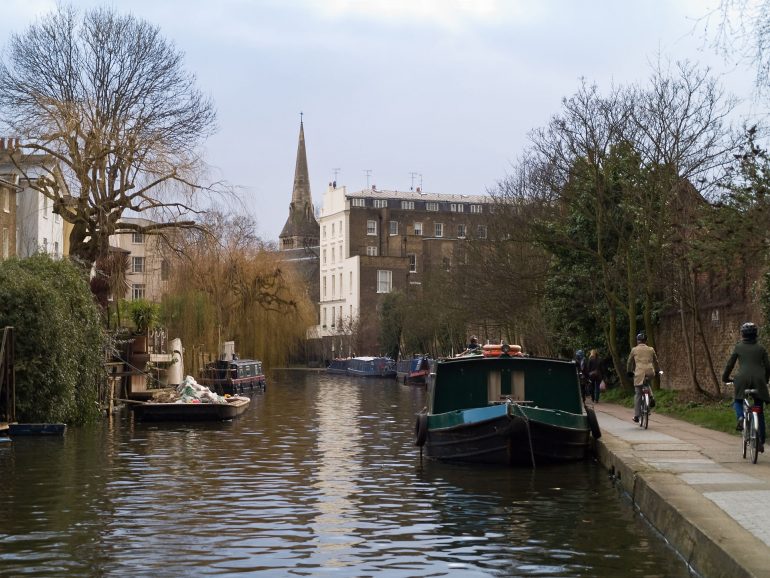 9. Further out of central London Richmond Park and Bushy Park are a great place to watch majestic fallow and red deer, appropriate given most of the Royal Parks were traditionally used for hunting.

10. A trip downriver to Greenwich Park is rewarded by one of the best views in London. Climb the hill in the park up to the Royal Observatory then turn and admire the view over historic maritime Greenwich, a UNESCO World Heritage Site including the Old Royal Naval College, the Queen’s House, National Maritime Museum and the Cutty Sark. Across the river the sparkling glass skyscrapers of Canary Wharf, London’s secondary financial centre, provide a modern contrast. 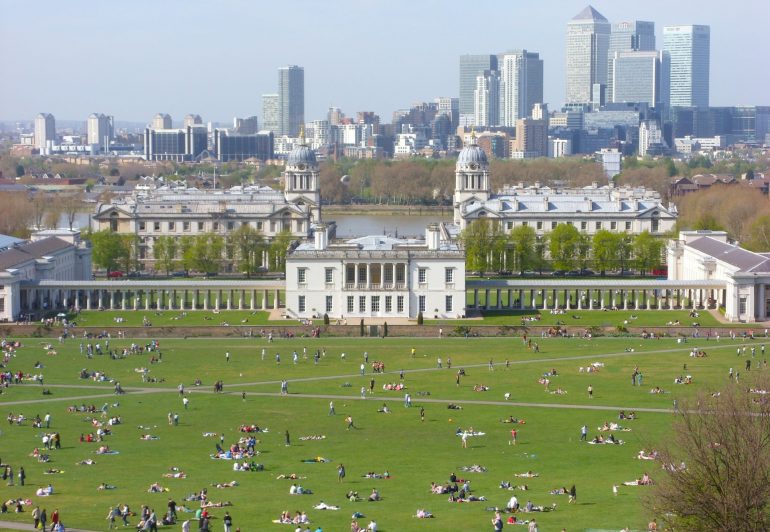 Take a walk with a Blue Badge Tourist Guide and let them bring the history, architecture, plants and daily happenings of the beautiful and varied London Royal Parks to life.

Welcome!  I am a London Blue Badge Tourist Guide and owner of Piper Tours, specialising in tours of London and southern England.  I am also a Cambridge University history graduate and would love to show you the places that have shaped London and England’s history, and introduce you to…

Film4 Summer Screen returns to the iconic courtyard at Somerset House in London from 6–19 August for 14 nights of open-air film screenings.

Did you know that the word museum means a “Temple to the Muses”, all of whom were female? The British Museum in London is a museum of world history, but all too often that history has ignored half of the world. This is true even though women have wielded power in a variety of ways. In ancient Greece, Aristotle believed it was the natural order of things for women to be subordinate to men, that men were more virtuous, brave and intelligent. He also believed that men's blood was hotter than women's blood! Well, on both counts, he was wrong of course.