Sometimes described as “a green and pleasant land,” it is not surprising that England boasts a host of world-class gardens that attract domestic and international visitors alike.

Among the most influential of these, and under two hours from central London, is Sissinghurst Castle Garden in the ancient county of Kent. Sissinghurst gained notoriety due to the garden itself and its creators.

Vita Sackville-West (christened Victoria) and her husband, Harold Nicolson, moved into the estate in 1932. Both children of titled parents, they married in 1913 and were quite a match.

Although Harold was a diplomat by profession, he was also an author and something of a landscape architect, while Vita, who became an influential gardening journalist, author and poet, was a gifted gardener.

Indeed, on joining “The Observer” Sunday newspaper in 1947, she wrote a regular column about the most recent happenings at Sissinghurst, which was no doubt avidly followed by garden enthusiasts.

Between them, they fashioned a 6-acre garden among the remaining buildings of a large 16th century Renaissance courtyard house, including a striking tower that still dominates the site and stables they converted into a library. 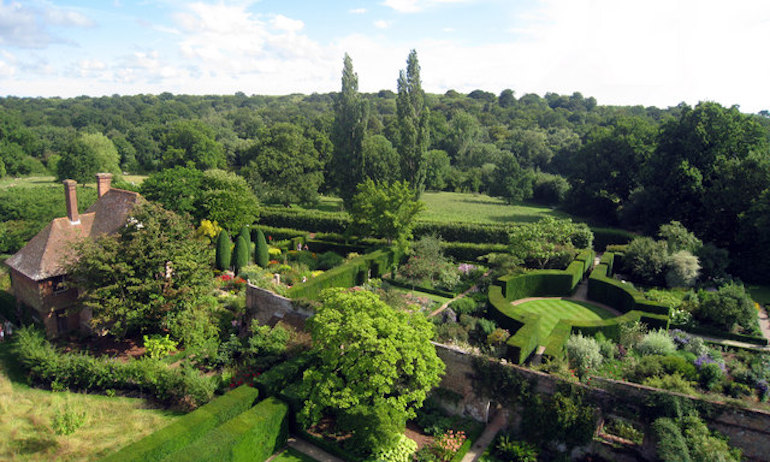 The couple was also instrumental in the establishment of The National Trust, to whom they gifted Sissinghurst Garden and the surrounding estate in the 1960s. Since then it has been a magnet for visitors.

One reason for the importance of Sissinghurst is how clearly it demonstrates the influence of other gardens, and how it, in turn, has inspired others.

It was Gertrude Jekyll, “The First Lady of Gardening”, who pioneered the idea of an informal look within a strict geometrical design, and Major Lawrence Johnston (an American by birth) at his Cotswold garden, Hidcote, who led the way with linked gardens – the idea of passing from
one outdoor “room” to another.

At Sissinghurst Castle Garden, these two ideas were combined. You, therefore, experience parts that look wild in the context of an organised framework and get a sense of different “rooms” as you move around — from the “White Garden” with its greys and whites to a “Herb Garden” and a “Cottage Garden” around the South Cottage, where Vita and Harold had their bedrooms.

One of the great attractions of Sissinghurst is the variety it offers beyond the garden itself.

You can take a short walk around the moat or longer ones past the tranquil lakes on the estate. On route, you will get great views of the beautiful Kent countryside. 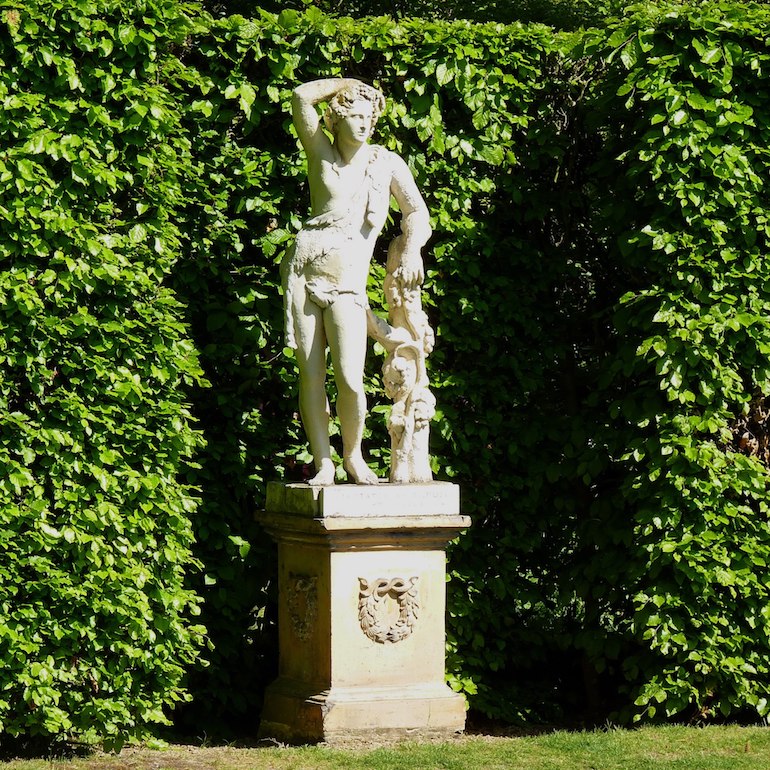 You can also find out more about the colourful lives and associations of Vita and Harold in exhibitions housed in various buildings, such as Vita’s writing room in the Tower.

An overnight stay in the Priest house, which lies to the north of the garden, is another option and you will find interesting features throughout.

A couple of my favourite spots include a pavilion built in 1969 by Nigel and Ben in honour of their father who died the previous year, and “Delos” – an area inspired by a visit Vita and Harold made to the Greek island of that name in 1935, replete with broken columns to reflect what they had seen there.

Once inspired by a visit to this special place, you can find out much more about its founders by way of a book written by their son Nigel Nicolson, whose writings include the critically acclaimed, “Portrait of a Marriage”, which tells the story of his parents’ extraordinary union.

As you can see, Sissinghurst Castle Garden has a lot to offer. For a truly memorable day, combine this tour with a visit to the nearby Leeds Castle, which has its own story to tell.

–  Looking for a private tour of London ?

– Want a guide who is a Londoner specialising in private guide only and driven tours (up to 6 passengers in owned VW Executive van) and a qualified lawyer with over a decade of experience in London’s financial markets ?

Blue Badge Tourist Guides need to know about television series and films because these do so much to encourage visitors to come to London and the United Kingdom. The most popular series on mainstream television in recent years has been Downton Abbey which was filmed at the home of the Earl of Carnarvon in Hampshire, Highclere Castle.