The Winter Solstice At Stonehenge

It was 21st December, the date of the winter solstice and I was excited to be visiting Stonehenge, especially as the sun was shining! At around 3.50 pm the midwinter sun would set in the southwest and its rays would flood through the centre of the monument on the axis that Neolithic peoples had clearly planned 5000 years ago, displaying impressive early astronomical knowledge.

The archaeological consensus is that the winter solstice was the most important event in the calendar. Compelling evidence from the occupation site of nearby Durrington Walls suggests that large numbers of people were congregating in late December every year, to feast on pigs that had been born the previous spring. What happened at these celebrations can only be guessed at but future archaeological discoveries might shed further light on this mystery.

The idea that a celebration to mark the arrival of more light as the days lengthened has always seemed convincing. It seems highly likely that crowds of Neolithic revellers would have made their way along the ceremonial Avenue (a feature which is just visible in the landscape, stretching away to the south-east of the stones)to witness the event in much the same way that, in a normal year, tens of thousands witness the arrival of the New Year at the London Eye or travel to Glastonbury to experience a great festival. I wanted to try and experience the atmosphere and sense of spirituality as our ancestors did 4,500 years ago. 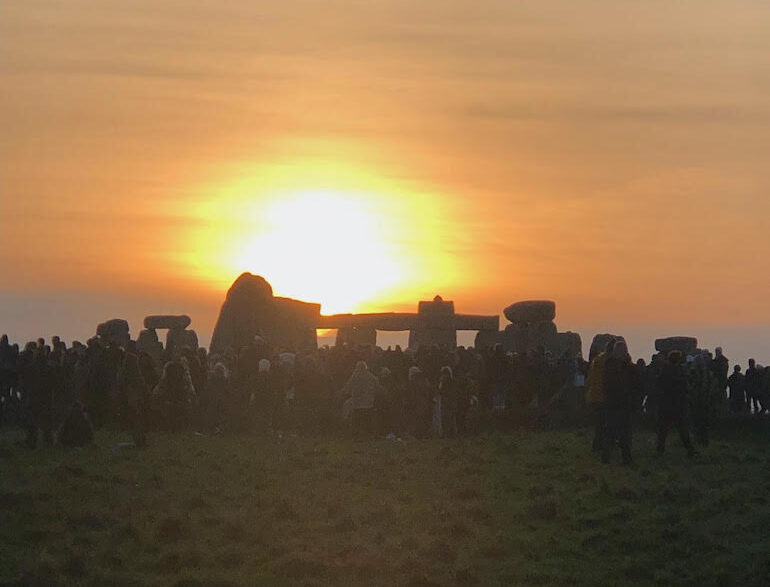 I walked from the visitor centre and approached the stones from the ceremonial Avenue as our ancestors had probably done. This walk was greatly enhanced by the chance to pass alongside the enigmatic Greater Cursus. This bizarre monument, a 1.7-mile long elongated rectangle delineated by banks and ditches, is in terms of its scale, almost as impressive as Stonehenge itself. The 5500-year-old monument’s full function and purpose, however, remain a mystery. On approaching Stonehenge, I disturbed a magnificent hare that shot across the Cursus at impressive speed. Even in the middle of winter, nature never fails to surprise and delight.

It seemed that the Winter Solstice was treated as just another day at Stonehenge with people working there geared up for sunrise the following morning. This struck me as odd and really missed the importance of the sunset. At dawn, the sun would not be rising through the axis that the Neolithic builders had so carefully planned. Regardless, a couple of hundred knowledgeable visitors, including two splendidly robed Druids, had shown up for the main event.

I walked to the lowest point on the Avenue, northeast of the monument and moved uphill in line with the Heel Stone and the axis through the centre of the monument. I was pretty much on my own as the other celebrants crowded around the Heel Stone. I definitely felt a connection with the ancestors as the sun arced towards the end of the shortest day. Then, ten minutes before sunset, the great fiery orb disappeared behind a cloud – and that was that. I was not to witness the climactic moment…this year. It had, however, been impressive even without the final burst of sunlight through the centre of the stone circle.

This is an experience I would recommend to anyone with even a passing interest in Stonehenge. The atmosphere was less frenetic than at the Summer Solstice. It was quiet and there was an opportunity to connect our Neolithic forebears through the landscape both natural and man-made. I will definitely be doing it again should weather conditions permit.

The British Museum will be presenting a blockbuster exhibition, The World of Stonehenge from 17th February – 17th July 2022. The astronomical significance of the site will feature prominently and it promises to be a hugely popular show with some stunning artefacts brought together for the first time. 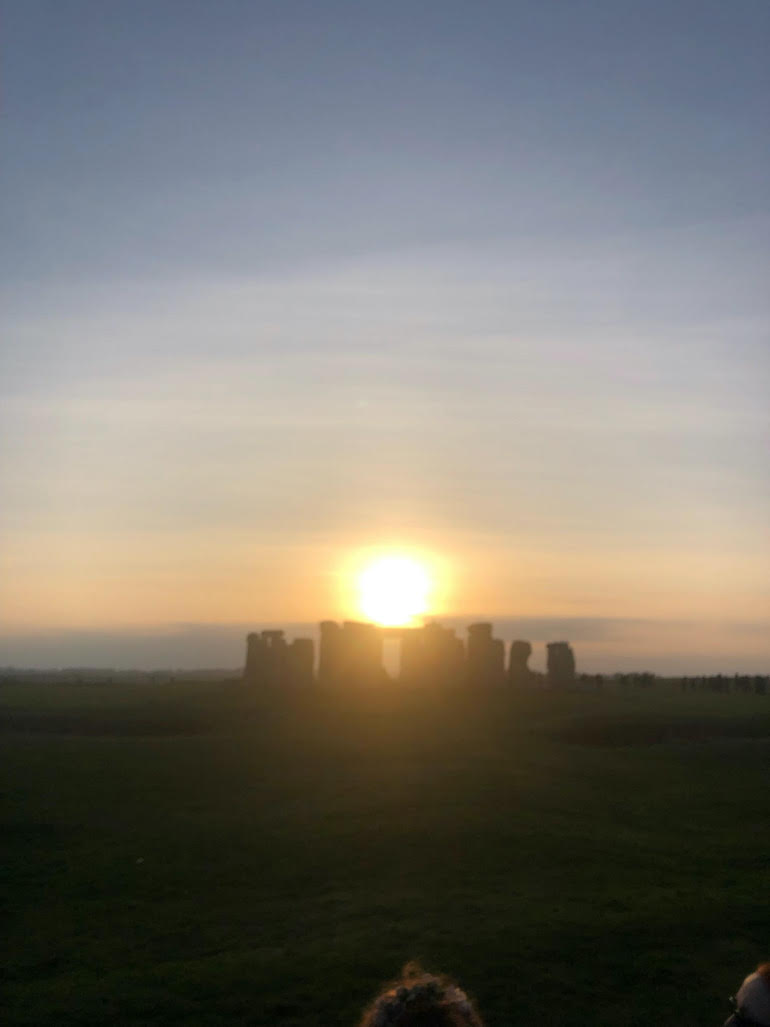 Welcome to London. My name is Richard Ing and I am a London Blue Badge Tourist Guide. Whether you’re visiting London for the first time or you’re a regular visitor, I’m here to help you get the most out of your visit. My tours are all…

Twenty miles south-west of London is ‘one of the world’s great gardens.’ The garden is Wisley, owned by the Royal Horticultural Society (RHS), the world’s leading garden charity. The RHS was established in 1804 at a meeting of seven men in Hatchard’s book shop on Piccadilly. The idea came from John Wedgwood, son of Josiah, founder of the fine china company.

The sixth and final series of the popular costume drama starts airing in the United Kingdom, at 9pm on 20 September.  It will be made up of eight episodes and a Christmas special to be broadcast on Christmas Day. The series will span the years 1925 to 1927, with the Crawley family and their servants facing an uncertain future.