10 Things You Might Not Know About The Red Poppy Flower

Each year, millions of red poppy flowers are distributed across the United Kingdom leading up to Remembrance Sunday. Held on the second Sunday each November, Remembrance Sunday commemorates the contribution of British and Commonwealth military and civilian servicemen and women in the two World Wars and later conflicts. With that in mind, below are ten things you might not know about the red poppy flower. 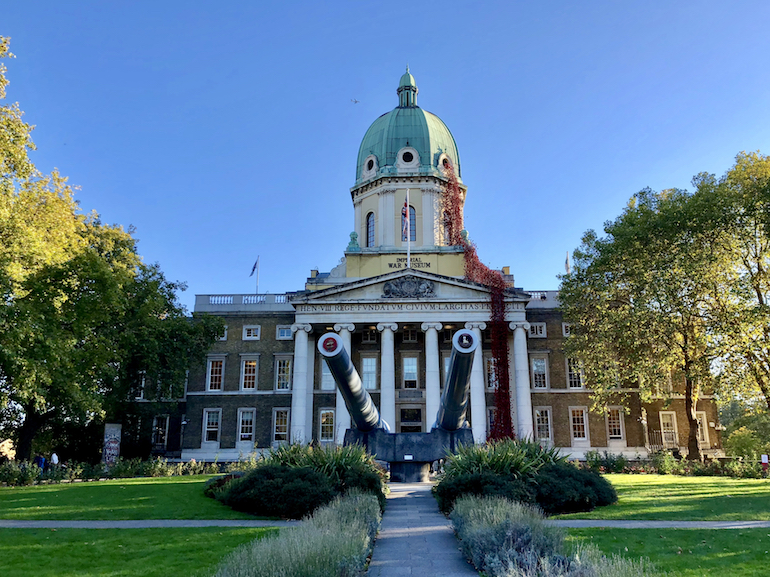 1. The poppy is a symbol of Remembrance and hope
Wearing a red poppy flower is a way of showing public appreciation for the service and sacrifice of the Armed Forces, veterans and their families in safeguarding our freedoms and values. It represents all those who lost their lives on active service in all conflicts; from the beginning of the First World War right up to the present day. It also honours the contribution of civilian services and the uniformed services which contribute to national peace and security. 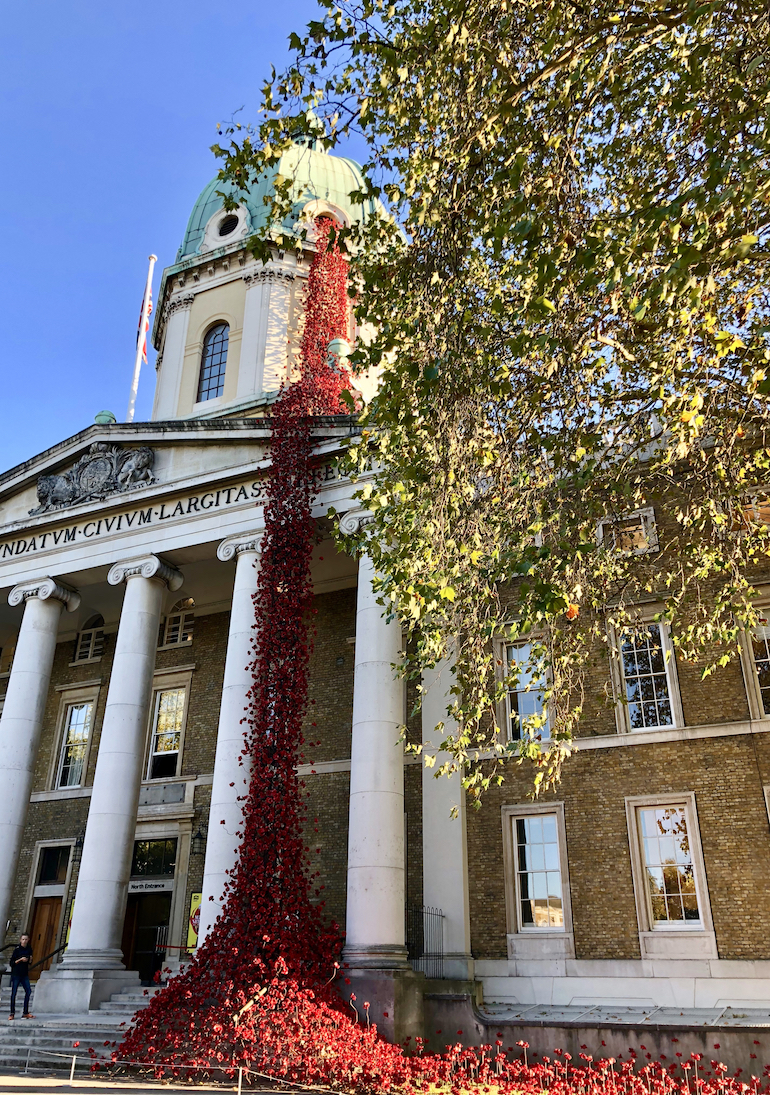 3. The poppy is red because that’s the natural colour of the poppy flower
During the First World War, the previously beautiful countryside was blasted, bombed and fought over, again and again. The landscape swiftly turned to fields of mud: bleak and barren where little or nothing could grow. Out of this devastation, the delicate but resilient bright red Flanders poppies grew and flourished in their thousands.

4. A poem inspired the use of the poppy as a symbol of Remembrance
Shortly after losing a friend in Ypres in 1915, a Canadian doctor, Lieutenant Colonel John McCrae was inspired by the sight of poppies growing in battle-scarred fields to write his now famous poem ‘In Flanders Fields.’ The poem inspired American War Secretary, Moina Michael, who bought poppies to sell to her friends to raise money for servicemen in need after the First World War. This idea was adopted by The (Royal) British Legion in 1921 who ordered nine million poppies and sold them on 11 November that year in the first ever Poppy Appeal. The red poppy flower has been adopted as a symbol of Remembrance ever since. 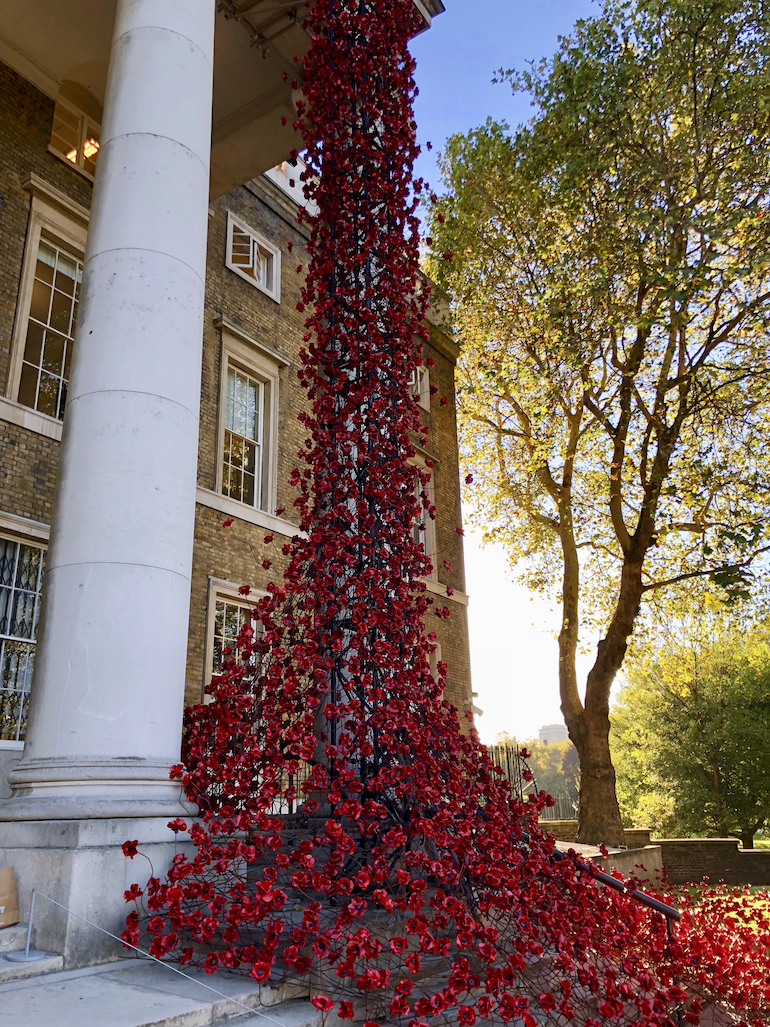 5. Poppies weren’t always sold with leaves
Like the natural flower, the original version of the red poppy flower did not feature a leaf. The leaf was first introduced in the 1960s as it was the practice to make poppy sprays (an alternative to a poppy wreath) which were made up of five silk poppies attached to seven pieces of green fern. Leaves slowly became an optional extra and by 1984 demand for them had grown to 12 million a year, although they were still issued separately to the poppy. In 1995 poppies with leaves included were made available for the first time.

6. Over 40 million poppies are distributed by 40,000 volunteers during the Poppy Appeal fortnight
Thousands of volunteers take to the streets, train stations and supermarkets for two weeks during the Poppy Appeal. Over 40 million poppies will be distributed (not sold) with the aim of raising £50 million to support serving and ex-serving members of the armed forces community and their families. 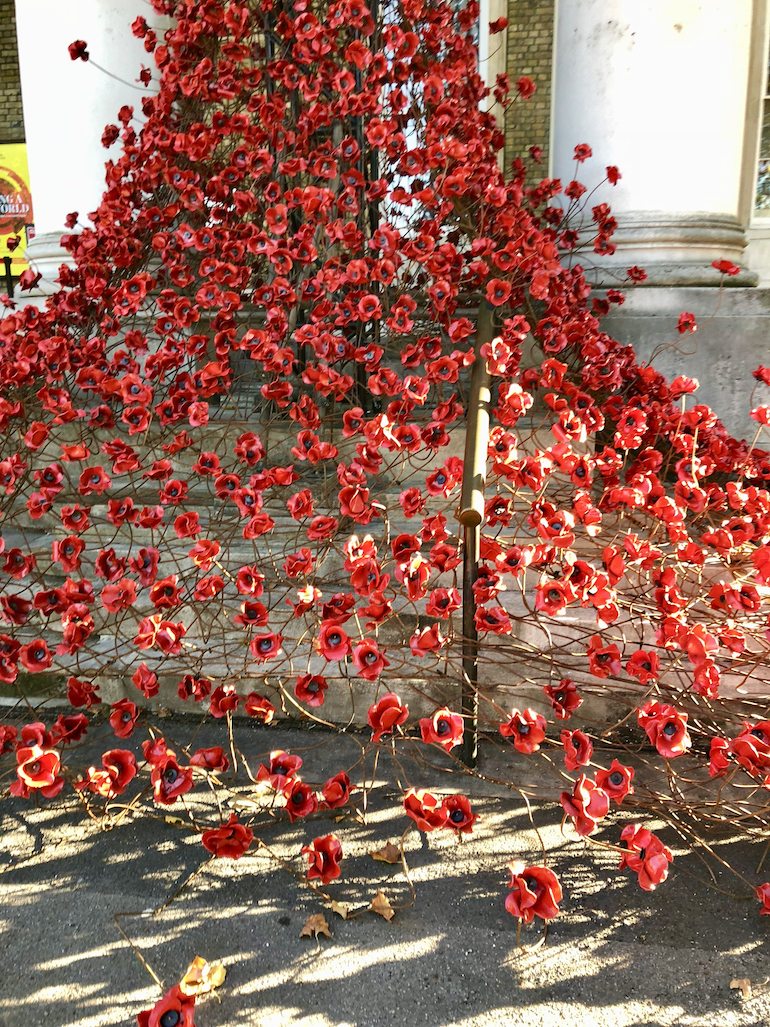 7. Donations for poppies help families…
Money raised during the Poppy Appeal helps us support the Armed Forces community in lots of different ways, such as much needed breaks away from everyday life for serving and ex-serving personnel and their families.

8. ..and fund services
The Poppy Appeal also helps fund services like the Battle Back Centre – the first port of call for wounded, injured and sick servicemen and women as they start their Individual Recovery Program. This year they are taking a team of twelve serving military (WIS) personnel and veterans on a life-changing expedition to the Himalayas. 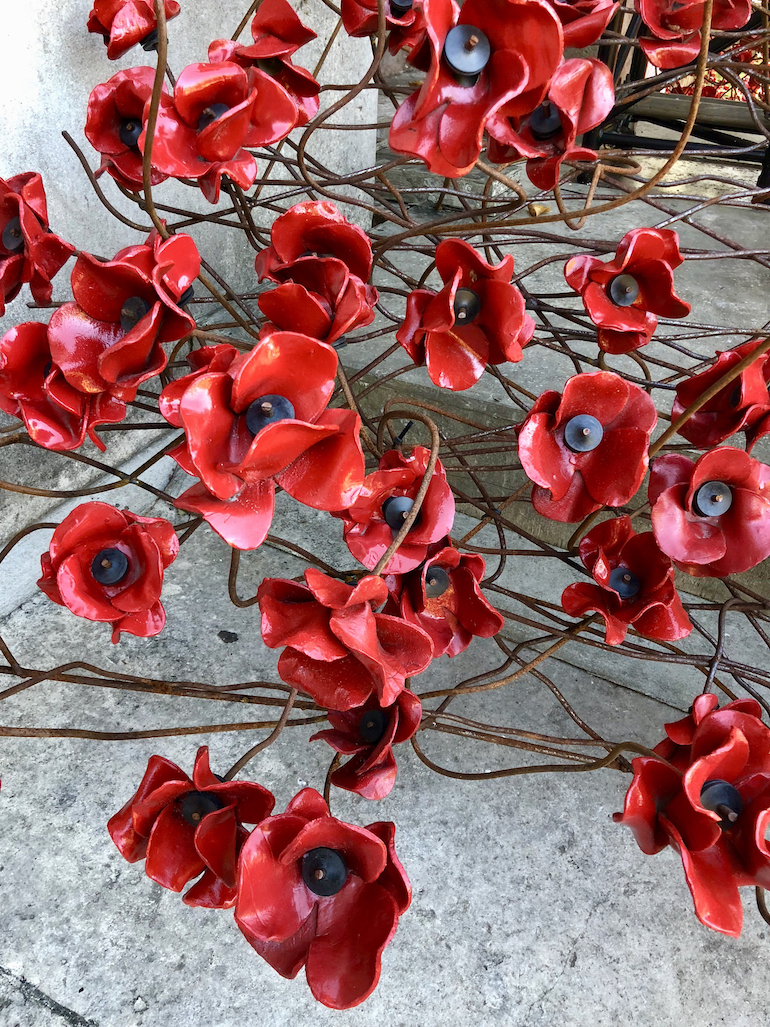 9. A wonderful variety of poppies can be worn
Poppies come in all shapes and sizes. From knitted to jewelled poppies, there are so many types to choose from that can be worn as a symbol of Remembrance and hope.

10. Poppies are recyclable
Paper poppies are environmentally friendly, and all of the parts are either biodegradable or able to be recycled. The petals and leaf are paper, and the stem and centre are made using recyclable plastic. After Remembrance Sunday you can recycle your poppy at any Sainsbury’s supermarket.

Note:  The images throughout this post are part of the Weeping Windows Poppies Tour currently on display at the Imperial War Museum London.  It includes several thousand ceramic poppies pouring from the top of the building to the ground below.  This exhibition is by artist Paul Cummins and designer Tom Piper and is a follow up to the Blood Swept Lands and Seas of Red installation that was at the Tower of London in the summer and autumn of 2014. 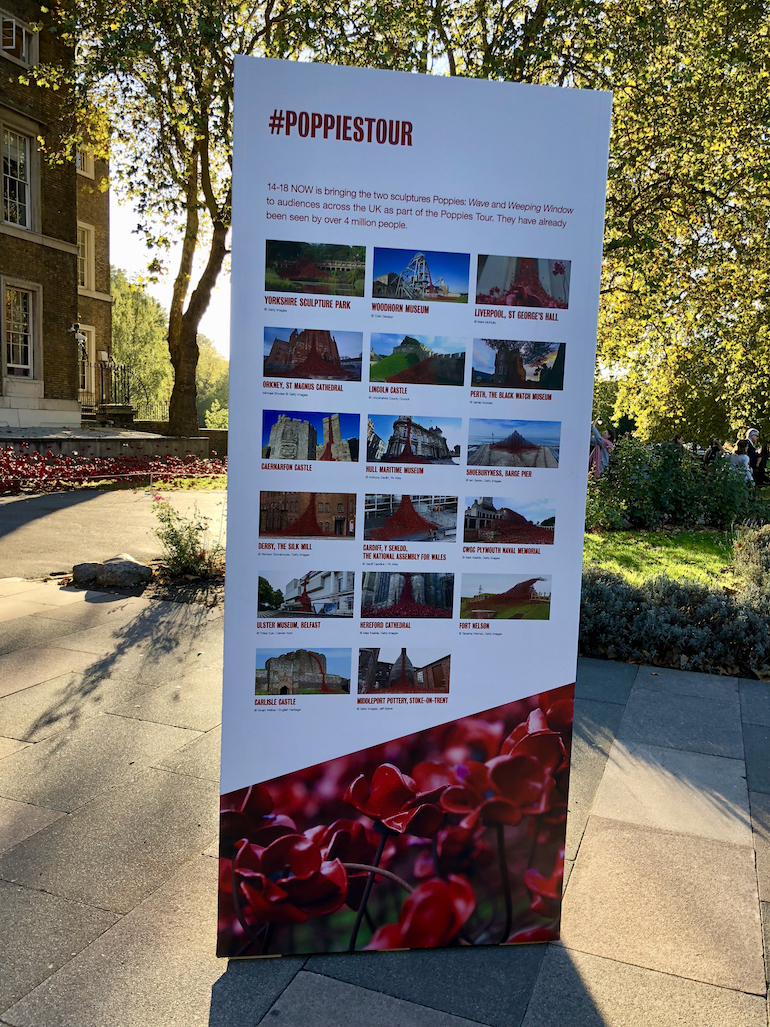 Remembering The Blitz On London

On the afternoon of 7th September 1940, 350 German bomber planes attacked London, devastating the docks area and killing over 400 people. The day became known as Black Saturday and marked the beginning of a bombing campaign – the Blitz – that terrorised the city for eight months. Around 20,000 Londoners were killed. Eighty years on from Black Saturday, Blue Badge Tourist Guide Ruth Polling explores how remnants of that period can still be seen in London today.

The Final Journey Of The Unknown Warrior At Westminster Abbey

The most emotionally powerful story I tell as a Blue Badge Tourist Guide is that of the Unknown Warrior – a single British soldier who through his anonymity came to represent hundreds of thousands of British soldiers killed during the First World War.