Covent Garden Christmas Tree
Covent Garden is located in London’s West End, which is extremely popular with visitors and Londoners who enjoy shopping, theatre, restaurants, bars, history and culture.   The Apple Market is also located here and you can find a range of crafts and antiques. 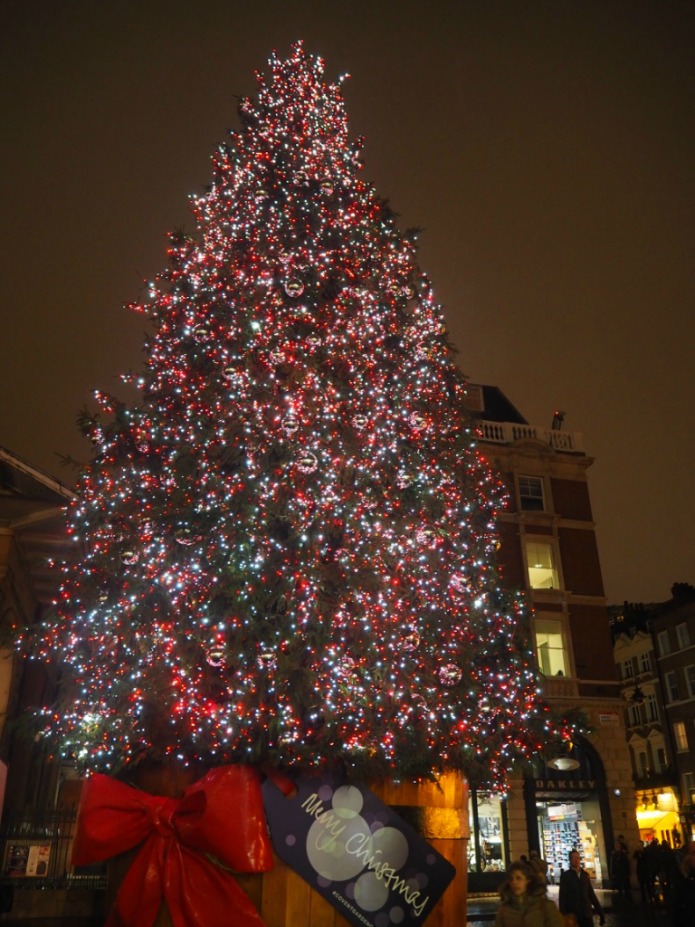 Hays Galleria Christmas Tree
Hays Galleria is located directly off the famous Thames Path and inside the historic Hays Wharf.   There are pubs and restaurants and market stalls that sell a wide variety of items including jewellery, paintings and ceramics. 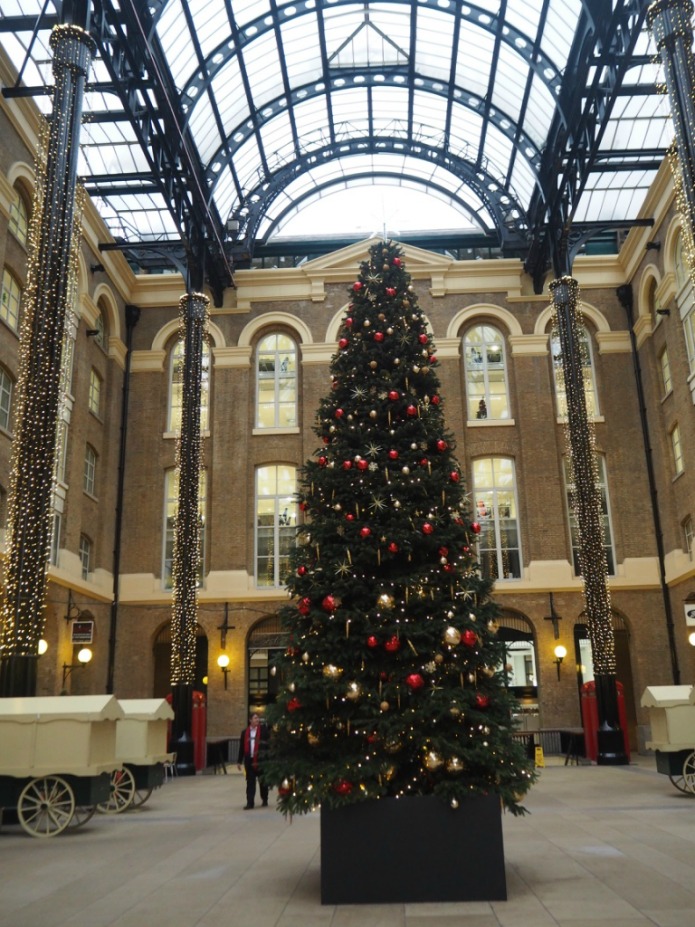 Leadenhall Market Christmas Tree
Leadenhall Market is one of the oldest markets in London dating back to the 14th century.  Originally a meat/game/poultry market, the restored Victorian covered market now has a lot of upmarket shops, restaurants and pubs that are quite popular with city workers. 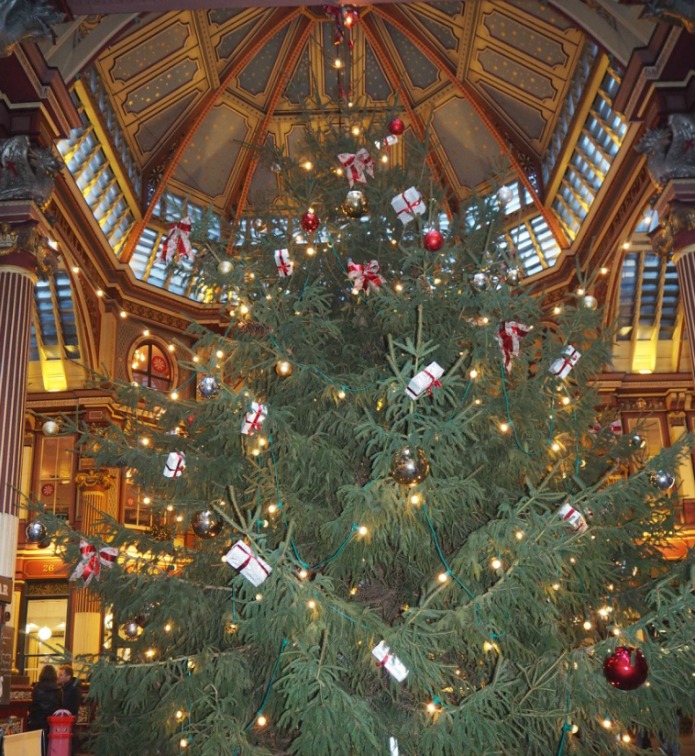 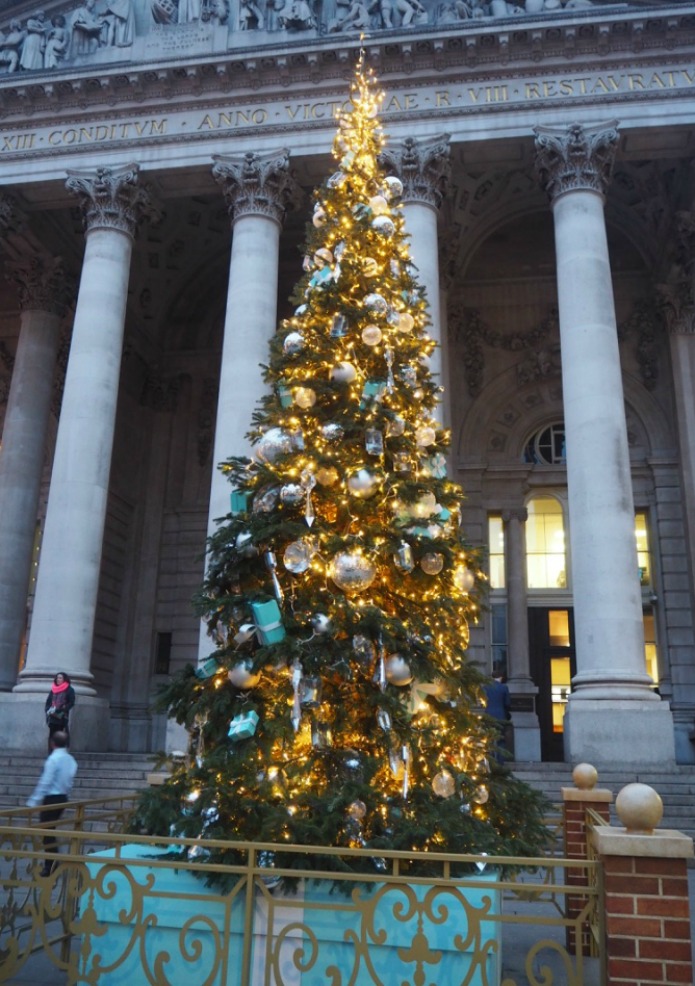 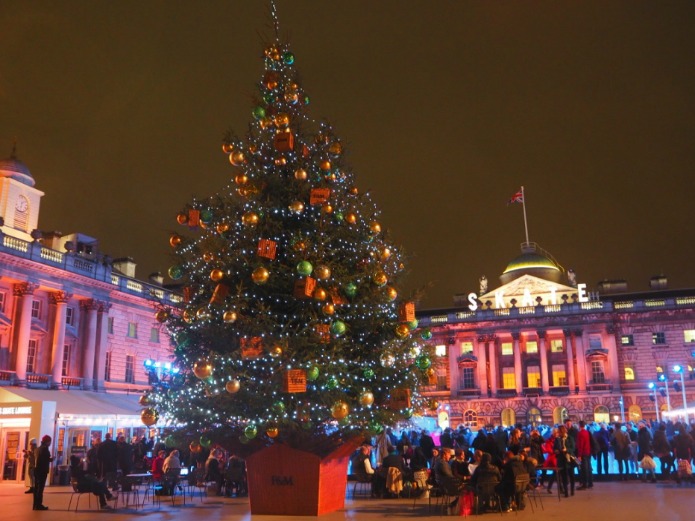 St Paul’s Cathedral Christmas Tree
St Paul’s Cathedral was designed by Sir Christopher Wren in 1673 and is one of the most famous and recognisable sights in London. At 365 feet (111 metres) high, it’s dome dominated the London skyline for 300 years and was the tallest building in London until 1962.  This Christmas tree is actually located on St Paul’s Churchyard. 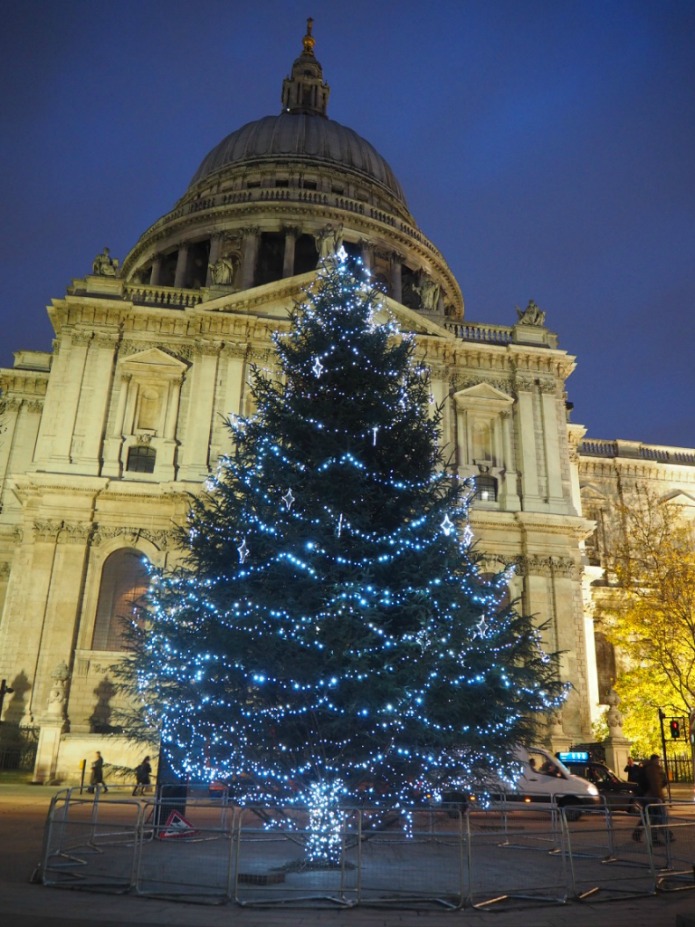 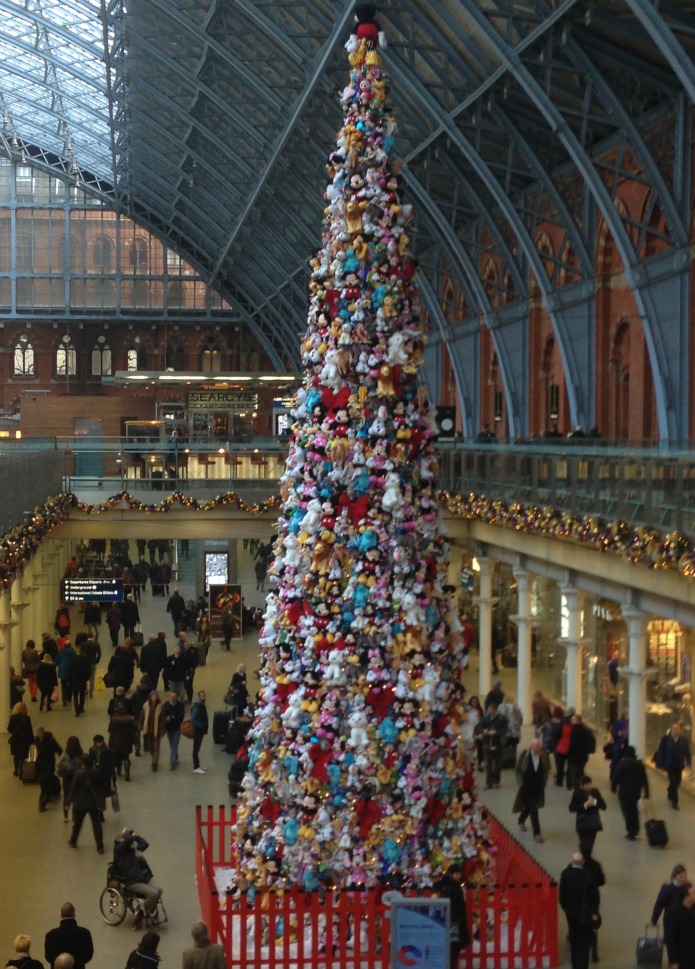 Trafalgar Square is named in honour of British Admiral Lord Nelson’s victory over the combined Spanish and French Navy off Cape Trafalgar on 21 October 1805.  Since 1947, the City fo Oslo presents to the City of London a beautiful Christmas tree as a token of gratitude, celebration and commemoration of Britain’s support during the Second World War. The lighting of this Christmas tree in early December is for most the official start of the Christmas season in London. 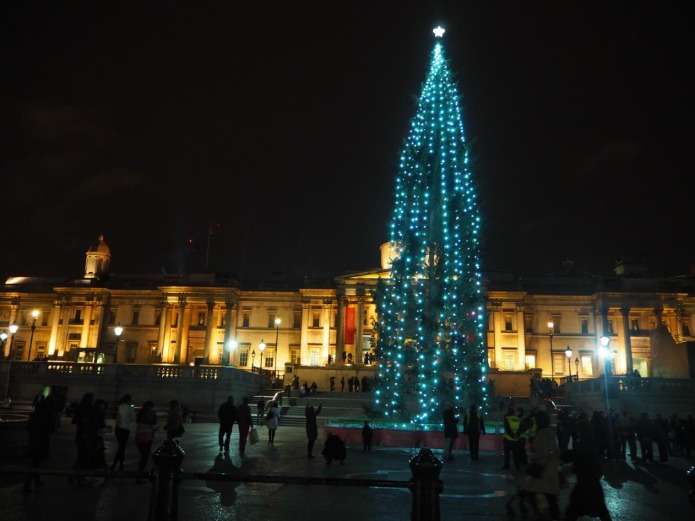 The Trafalgar Square Christmas tree like others across London are taken down just before the Twelfth Night of Christmas  (5th January).  So there is still plenty of time to visit in person or better yet plan for next year.  Each of the major areas in Central London really do go all out with their Christmas tree, lights and decorations.

A Dickens Of A Christmas in London

More than anyone else, Charles Dickens invented the British Christmas with A Christmas Carol, his story about Ebeneezer Scrooge and the ghosts of Christmas Past, Present and Future. This book was first published in 1843 and has been adapted for stage and screen many times. Now a new film and exhibition at the Charles Dickens Museum London celebrate this famous story.

Christmas at Kew 2016: As Twilight Falls, The Magic Begins

Now in its fourth year, the new 2016 winter trail is inspired by the gardens themselves, as the trees, temples and glasshouses of Kew are playfully lit and all aglow. Enter between two giant Christmas trees festooned with ribbon and wander beneath unique tree canopies drenched in seasonal colour. Follow the path between a carpet of light gently swaying like blossom and stop for a moment of reflection at the scented Fire Garden inspired by Five Gold Rings from The Twelve Days of Christmas.