The Gin Craze, and London’s Long History With “Madam Geneva”

London has been enjoying a Gin Renaissance in recent years, with over 20 new distillers appearing in the capital, and pubs and bars throughout the city declaring themselves Gin Palaces. You may even have enjoyed a tipple of the juniper-infused drink yourself in recent months. If so, you were probably imbibing a form of London Dry.

Gin is a London drink – the city and beverage have a close association. How did this come to be? Especially considering the fact that gin originated in the Netherlands! The story is a fascinating one and goes back over 300 years to a time when London was a city at a moment of transformation. 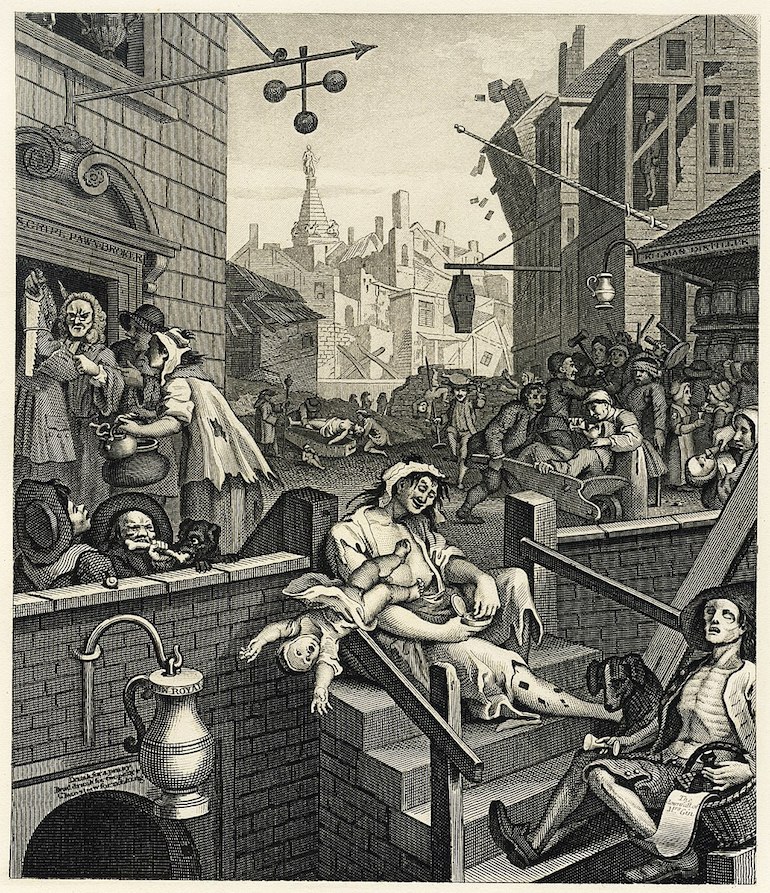 History of Gin in London

At the turn of the 18th century, London was booming. It was rapidly growing in population, in size, and in business. It was home to new companies selling stocks and shares. New institutions had also sprung up, such as the Royal Society (established in 1660 and still going today as the world’s oldest independent scientific academy) and the Bank of England (founded in 1694, making it the second-oldest national bank in the world after Sweden’s). The people flooding to the city were looking for opportunities to make money, but more often than not found themselves living in one of the dreadful slums, known as “rookeries”. Fortunately, relief from the brutality of life for London’s poor was available in the shape of a new drink, which was stronger, sweeter – and most importantly, cheaper – than beer.

England also had a king at this time who was different from all those who had come before him – he was Dutch. William III, known as William of Orange, had been invited to invade us in 1688 in what was effectively a political coup in order to keep a Protestant on the throne. He brought with him the process of gin-making and then promptly dropped all taxes on the drink and deregulated the market. Why did he do this? Not because he was a believer in a free-market economy, or because he envisioned a utopia where gin should be available to everyone at a reasonable price.

No, the reason was all to do with that great, traditional foe of England – France! William was at war with the French and wanted to damage sales of imported French brandy. Also, by boosting sales of grain to make the alcohol that went into making gin, he would keep England’s landholding elite happy to continue funding his war with money and men.

Thus began a period of around 50 years that would come to be known as the Gin Craze. It has been made famous by the work “Gin Lane”, printed in 1751 by the great British artist and engraver William Hogarth. Hogarth was sending a message to the masses about the horrors of gin. He did a companion piece called “Beer Street,” which was a heavenly scene showing how all would be well if people just drank beer instead (there is a theory that he was backed by the brewers to release these two prints). Hogarth himself loved to frequent the inns and coffee shops around the West End and particularly the area of Covent Garden – the beating bohemian heart of the capital at that time – and saw first-hand the raucous effects of excessive gin drinking. 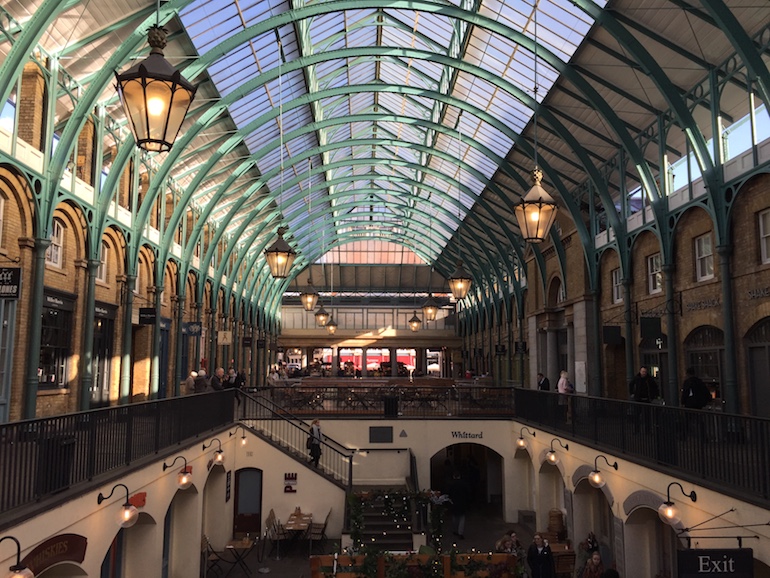 So Londoners were introduced to gin, and it very quickly became clear that they loved it. By 1730 there were an estimated 1,500 distilleries in the city, and by the mid-1700s nearly half of all wheat harvests went to making gin.  A survey done in 1735 concluded that there were over 7,000 establishments selling the drink in London. It was being sold from homes, temporary stalls, wheelbarrows, baskets, and even boats. It was to be found in inns, taverns, coffee shops, workhouses, and prisons – in fact when in the 1780s gin was finally banned from prisons, the jailors were compensated with payments of around £250 to make up for their losses! In the rookery of St Giles, an area near today’s British Museum where Hogarth’s “Gin Lane” is thought to be set, it was estimated that one in four houses was either selling or making gin. But it wasn’t just the city’s poor who were drinking it – gin was enjoyed by all classes of society – all the way up to the Queen. Indeed, Queen Anne who took the throne after William died in 1702, became known as “Dram Shop” because of her enjoyment of the drink. 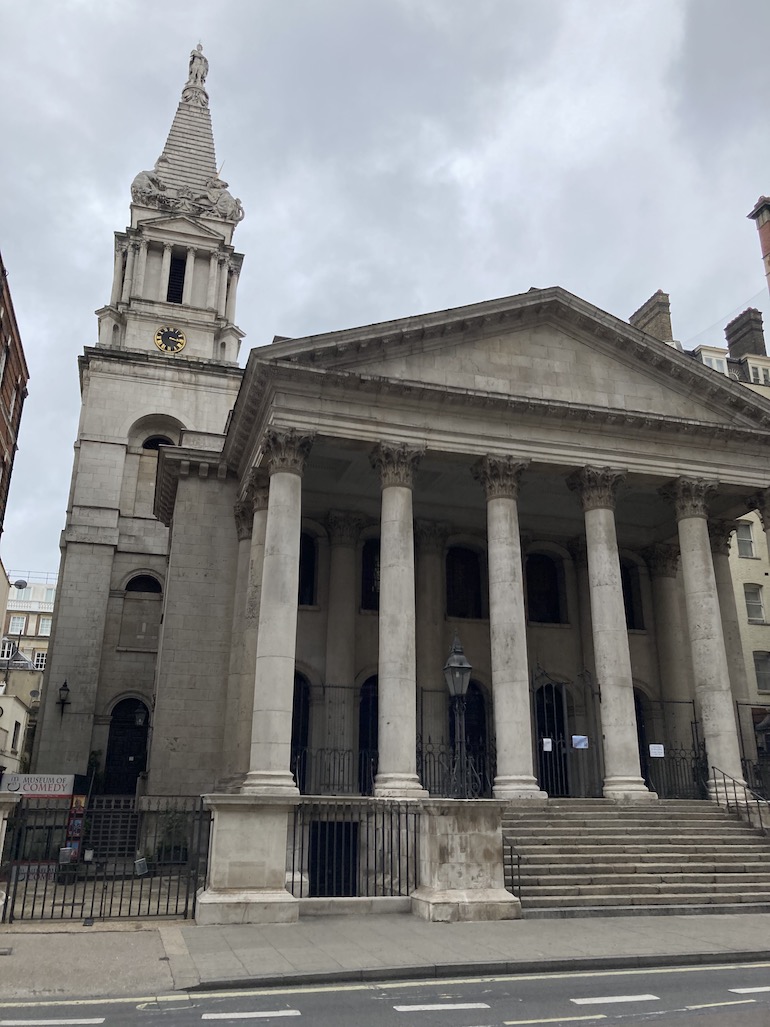 Madam Geneva aka The Gin Craze

Gin became so popular that it took on an identity – Madam Geneva. Geneva was the name initially given to the drink by the English and derives from the Dutch name for it, “Jenever”, which itself comes from the Dutch for Juniper – the berry that gives gin its distinctive flavour. Geneva was eventually shortened to Gin. To understand the figure of Madame Geneva, it should be noted that this was around the same time that the figure of Britannia came into being. Today you’ll find statues of Britannia all around London – from government buildings to national museums and train stations. A lady with a helmet and trident, she represented Britain’s growing self-confidence as a seafaring nation in the 1700s. One could see Madame Geneva as Britannia’s alter-ego, a figure that represented another aspect of Britain – the part that enjoyed a good, stiff drink. There were no statues made of Madame Geneva, but people would praise her, raise toasts to her, write poetry and pamphlets about her and, eventually, hold funerals for her.

Because, of course, there was a darker side to the Gin Craze. Provide a strong intoxicant cheaply to people who are already malnourished, and you’ll have problems. If you also deregulate that intoxicant, so there’s no knowing exactly what people are consuming, things will turn ugly. There were reports of a man who accepted a bet that he couldn’t down three pints of gin in one go (watered down, but still…). He managed it but promptly dropped dead in the street as a result. And that was just the tip of the iceberg. There were many worse stories.

Things got so bad that even a government as corrupt as the one that ran the country at that time felt compelled to do something. In the end, it would take eight government acts to try to deal with the Gin Craze. The story of the Gin Craze – from its inception outlined here to how it finally came to an end, of how the people cunningly got around the government acts and of how the increasingly worried powers that be tried to deal with the situation – is one filled with anecdotes both funny and tragic, and populated with fascinating people who seem straight out of a Charles Dickens novel (Dickens himself, by the way, loved his gin punch).

The Gin Craze did end, around the time of Hogarth’s “Gin Lane” in the 1750s, but London’s strong link with the drink was forged for good. The next centuries would see the development of London Dry, the Gin Palaces, the Gin and Tonic, and today’s botanically infused gins from micro-distilleries tucked underneath railway arches and elsewhere around the city. But when you next sip a G&T or Martini, spare a thought for the Londoners of 300 years ago – perhaps raising a toast to Madam Geneva or processing in a hastily arranged funeral procession to honour the grand Madam, and in doing so, unwittingly marking out the drink as indelibly theirs.

There are loads of great Gin Experiences to enjoy when you’re next able to visit London, and other fascinating food and drink tours led by Blue Badge Tourist Guides through the city. In the meantime, you can book a virtual tour on the Gin Craze or similar themes via this site. 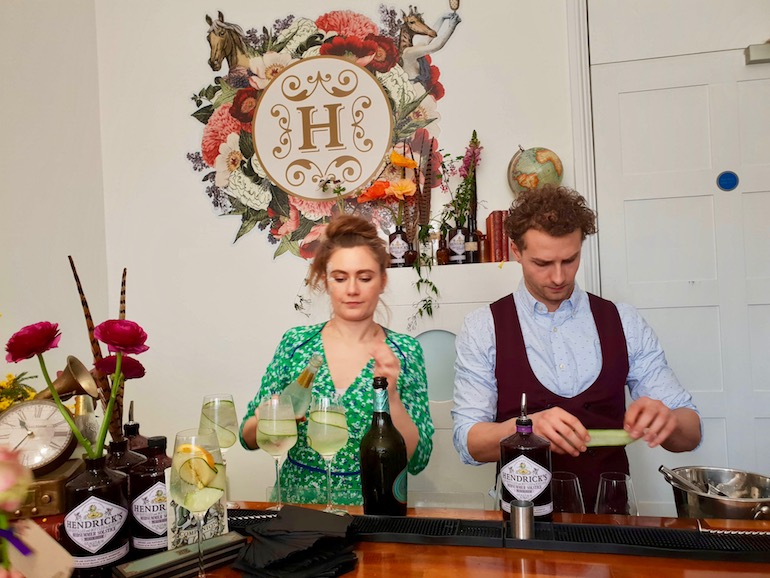 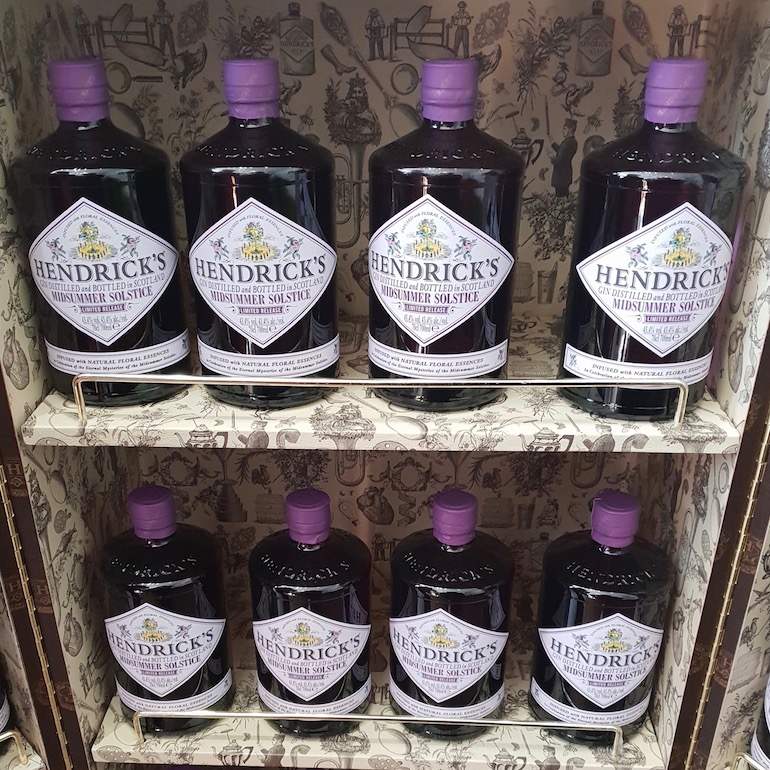 *I’m pleased to now be offering Virtual Tours! 🙂 I currently can host a virtual tour of a fascinating part of London’s history – the Gin Craze of the early 1700s. We go (virtually)  wandering around a really fun part of the West End in Covent Garden and Seven…

History of Curry in London & Best Indian Restaurants In London

Visitors to London often want to try Indian food, one of Britain’s most popular cuisines. The United Kingdom celebrates National Curry Week every October. Although curry is an Indian dish modified for British tastes, it is such a favourite with locals that it contributes more than £5 billion to the British economy. Hence it was hardly surprising when in 2001, Britain’s Foreign Secretary referred to chicken tikka as a true British national dish.  Read on for some tips on the best places for Indian food in the capital, as well as some fascinating history and fun facts - including which restaurant shares a birthday with Her Majesty the Queen.

Where To Find The Best Ice Cream In London

Touring London is a great way to top up your step count and burn off calories. So why not reward yourself for all that hard work? Blue Badge Tourist Guides know where to go for the tastiest treats, and nothing beats ice cream on a warm day. In no particular order, here are some of the best ice cream shops in the capital, tried and tested by this Blue Badge Tourist Guide (well someone had to do it).