At this time of year the Queen Elizabeth Olympic Park is looking its best, with the gardens timed to bloom for the end of July/early August to coincide with the anniversary date of 27 July 2012. The Queen Elizabeth Olympic Park itself is a success, the major venues busy with both elite and local sport, and homes, offices and retail covering the last of the spaces once reserved for corporate pavillions. The arrival of Olympicopolis with Sadlers Wells, the Victoria & Albert and the Smithsonian on the old Water Polo site will further boost footfall and cultural cred. Mind as well as body, as it says on the Olympic label. The only underachiever seems to be the Orbit, so expect to see entrances fees come hurdy-gurding down – and the addition to the structure of a physical slide.  For all this we Blue Badge Tourist Guides can take a bow, as our presence with walks and coach tours from 2008 helped solidify pre-Games interest.  This continues today with walking tours of the Queen Elizabeth Olympic Park. 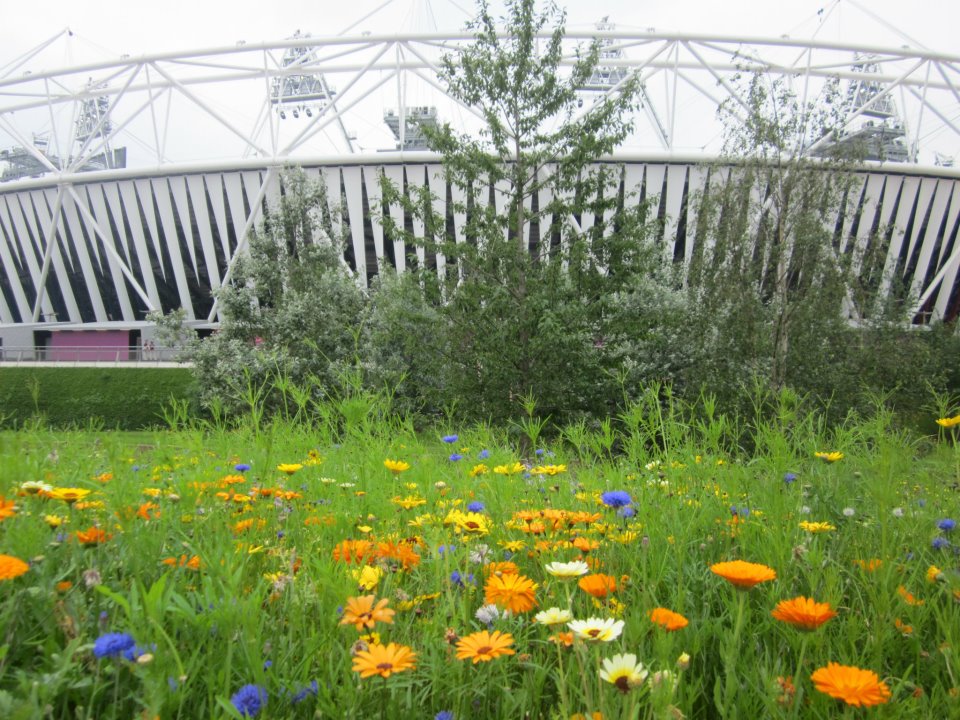 Surrounding the Park, the seven Olympic boroughs are now four years into a 20-year programme to harmonise with the rest of London in terms of giving ‘life chances’ to residents. Newham at the heart of it all has long been notorious for importing poverty and exporting wealth; as soon as locals get on, they get out. But recent surveys are indicating that this may be slowing down; (Manor Park and Forest Hill to the north of the borough have the highest house price inflation in London). Is the slow down just due to more affluent people moving into the borough, or to long-standing locals enjoying improved living conditions? The figures are inconclusive.

So will it be worth flying down for Rio 2016 festivities? Rio’s core Olympic area, Barra da Tijuca, is under a forest of swinging cranes. The rowing lake at Rodrigo de Freitas is now getting its spectator seating. The Opening Ceremony will be 5th August 2016. Rio will have 45,000 volunteers, 15,000 athletes and Mayor Eduardo Paes is using the 31st Olympiad to supercharge Rio’s development. Unlike the World Cup stadia, many Olympic venues are being built by private businesses which will sell and operate the venues after the Games. This may help explain the budget of £7.9bn, slightly lower than London’s £9.3bn. 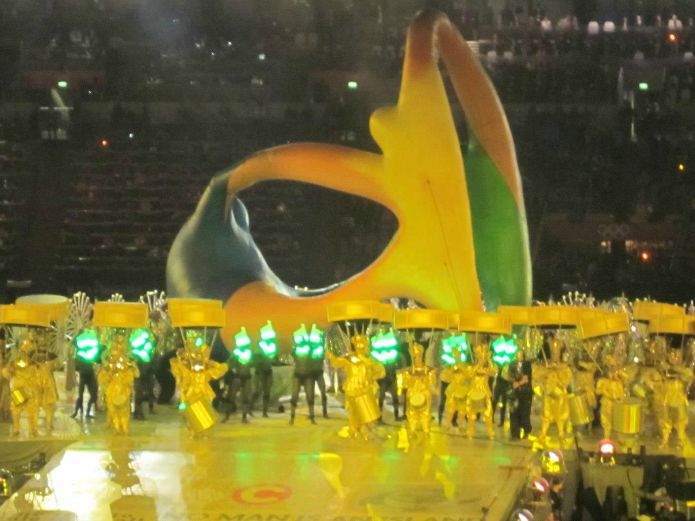 Local residents are ambivalent. In the Vila Autodromo many have taken compensation and the offer of re-housing and departed, but cynics say developers will use this area adjacent to the Barra for high-value private residences post-Games. Golf is back at the Olympics, and a new course is being built – rather than use one of the city’s two existing courses. The environmentally sensitive Marapendi reserve, home to rare butterflies and pines found nowhere else in the world, is being reshaped. The developers claim they are only using land already degraded by illegal sand mining.

The city is expecting 500,000 extra visitors during the Games and extra police drafted in, having been given English and Spanish lessons. Former middle distance Olympian Abberto Guimaraes, Rio’s Seb Coe, says Brazil doesn’t have the formality of the UK or the culture and history of China, so ROCOG plans to add fun and spectacle during breaks in competitions. Infrastructure projects, the redevelopment of the port area and the boost in property prices are all a turning point for Rio. Without the Games, says Abberto, it would have taken 30 years.

Lumiere London is a new lights festival produced by Artichoke and supported by the Mayor of London. Bringing together some of the world's most exciting artists working with light, Lumiere London transforms many of London's most iconic streets and building in the West End and King's Cross area. The festival is completely free to attend and was launched on Thursday, 14th January 2016 and will run through Sunday, 17th January 2016. Below are 12 of the illuminations viewed in the West End area for Lumiere London 2016.

One of London’s best-known events is the annual Boat Race, a contest between crews from Oxford and Cambridge University Boat Clubs held every spring on the River Thames. The two teams go head to head over a 4.2 mile (6.8 kilometre) course that stretches between Putney and Mortlake.