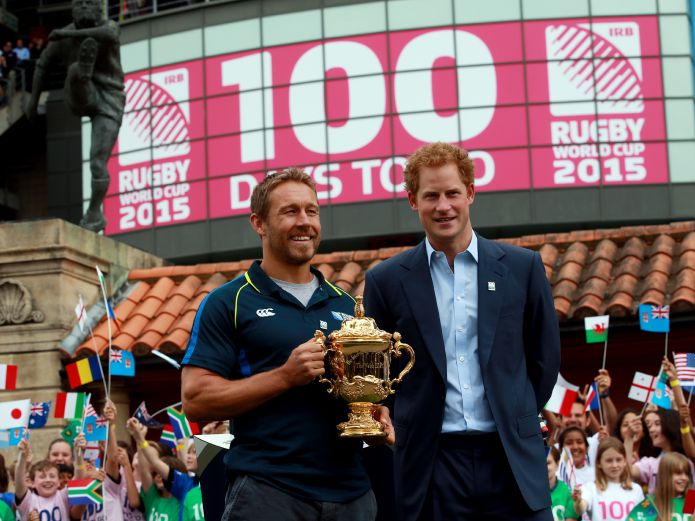 Vast Twickenham – at 83,000 seats the largest rugby dedicated venue in the world – will be the epi-centre of the 4th largest global group sporting festival after the Olympics, footie world cup and international athletics. The last time England hosted the Rugby World Cup in 1991 was jointly with Wales, when England ran in runners-up to the Ozzies.  Many things have changed since then – the game became professional in 1997, and in 2003 England became the first northern hemisphere side to lift the William Webb Ellis trophy, finally seeing off the southern hemisphere juggernauts, New Zealand, South Africa and Australia.

Now there are 20 teams competing at 48 matches across 13 venues around the country – including football grounds and Stratford’s Olympic stadium – with the final at Twickenham on 31 October. The Rugby Football Union has had to promise World Rugby in Dublin £100m for the privilege of staging the Rugby World Cup, money that Dublin will use to promote the game in Asia and the Pacific. The price of the best seat in the house for the final? £750. 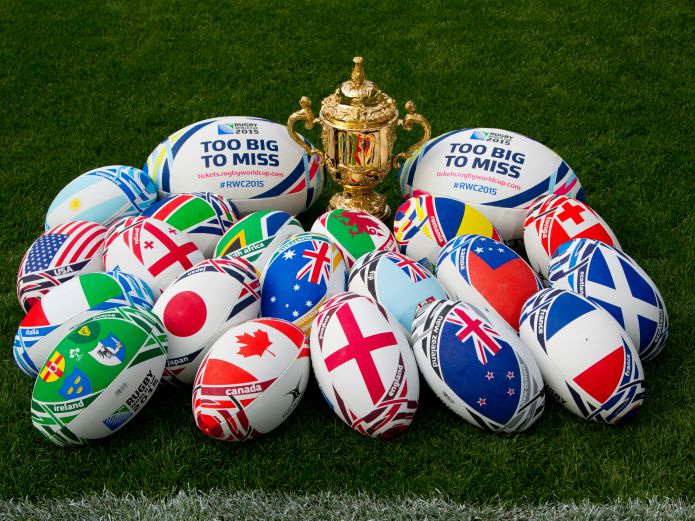 Another thing that has occurred since 1991 is the debacle of 2011, when England’s hopes sank into Auckland harbour. The new coach is Stuart Lancaster from Leeds, a great admirer of the rugby culture of world champs New Zealand (who wouldn’t be?). There, team members are regarded as national treasures and the national coach has precedence over club coaches and can order players rested, unlike here. In the past three years Lancaster has rebuilt the England squad as one of the world’s youngest. Lancaster has also rigorously enforced team discipline and covered the Twickenham changing rooms with England rugby history – each player’s cubicle is decorated with names of internationals who have played that position in the past. It all creates a sense of heritage and national pride.

But other Olympic parallels apply.  For the duration no branding, no national livery can be applied to stadia.  At Twickenham England’s white and red will be covered up, and Swing Low Sweet Chariot will disappear from the seating tiers. England may not even be able to wear white for some matches. It all depends on the toss.  Nor has the draw been particularly kind to England. There are four pools in the initial line-up – France faces Ireland, South Africa has Scotland and the US, New Zealand has Argentina, but England has both Australia and Wales. Home Crowd Advantage is thought to be worth an extra 6 to 8 points on the board, and Lancaster is confident his young team has all the energy and talent of squads twice as experienced.

Visit the Rugby World Cup 2015 website for more information and tickets for what is sure to be an exciting tournament  18 September – 31 October.

Blue Badge Tourist Guides often have to take sporting parties around during the course of their work. Visiting cricket and rugby teams bring groups of supporters with them while golfing tours are a mainstay of the industry. American football has now arrived in the capital with the National Football League playing four matches in the NFL London games series. Every NFL team apart from the Green Bay Packers has now played at least one competitive game in London.

March will see the feast days of two of the UK’s patron saints: St David of Wales on the 1st and St Patrick of Ireland on the 17th.  St David’s day will see a banquet in the evening at the Guildhall and attended by Mayor of London. St Patrick’s Day, on the other hand, will see a huge procession from Green Park to Trafalgar Square on Sunday the 19th starting at noon and an event in the square that will go on all day.