Top 10 Objects To Surprise You At The British Museum

The British Museum is the most visited museum in London. Visitors from all over the world are drawn to the museum to see with their own eyes world-famous artefacts, such as the Rosetta Stone or the Parthenon frieze, artefacts that might have only be seen in school or art books. They also come to experience other cultures, because after all the British Museum is the museum of the world for the world. But for the discerning visitor a scratch beneath the surface of all the “celebrity” objects can reveal some real surprises. Here is my list of such surprises. 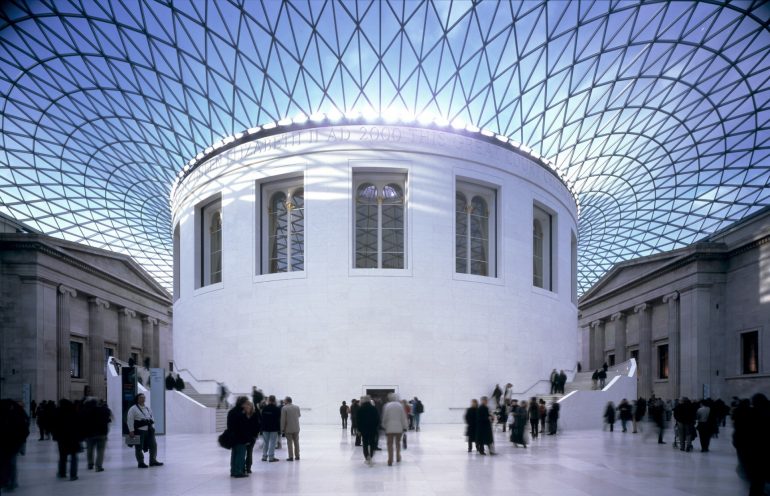 1. Mermaid: in the Enlightenment Gallery, lays the figure of a “mermaid” an enigmatic object made in Japan almost two hundred years ago. Most probably it was made to deceive or even as a joke and is composed of the upper part of a monkey’s body and a fish tail. It is alarming and thrilling at the same time and a good example of how early collectors were not interested in the authenticity of objects.

2. Animal Mummies: young and old are drawn by the Egyptian mummies collection at the British Museum. They are enthralling, scary and thought-provoking. But it is not just humans that were mummified. Over 3 million animal mummies have been found in excavations in Egypt and some of them are on display in the museum. If visiting with children it is great fun trying to guess which animal is which!

British Museum: Mummy of a cat, all wrappings removed, legs drawn in close to the body, much of the fur survives. Photo Credit: © British Museum.

3. Lindow Man: talking of mummies, they are not just Egyptian. Go to room 50 at the British Museum and you can see the remains of Lindow Man, a 24 year old man from Britain whose body was preserved in a peat bog. Seeing him is a great mystery, as it is still not known why he was killed and whether he was a sacrifice or a criminal punished by death.

4. Turquoise snake: to worship a snake seems a bit odd, but for the Aztecs, the ancient peoples of central America, snakes were powerful creatures. They accompanied the sun on its journey across the sky and could predict the future. A turquoise mosaic pectoral in the form of a double-headed serpent, shows the Aztec’s fascination with the animal and their skilled craftsmanship. 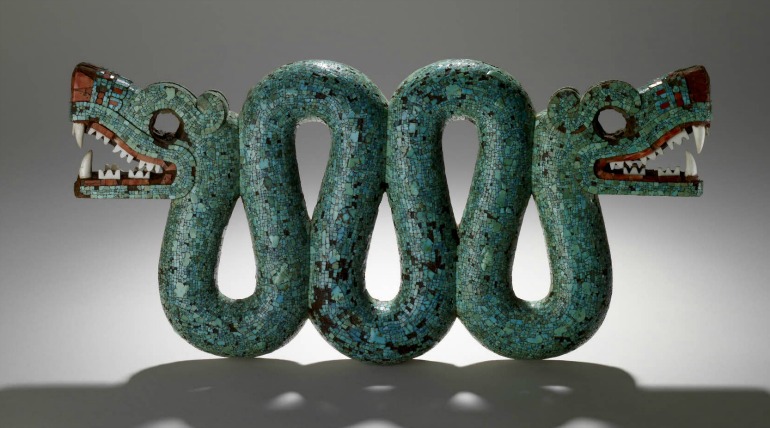 5. Buddha Statue: use one of the great staircases of the British Museum and notice the massive figure of a Buddha, standing on a lotus. It cannot be missed, it is 8 metres tall! It represents the Buddha of Infinite Light and is one of the earliest surviving examples of Buddhist art from China. The serenity of the face and scale of the sculpture never fails to impress.

6. German automaton: the British Museum does not only have antiquities in its collection. The next object comes from Germany and dates from 1580-1590. It is an automaton in the form of a ship and was used as a table ornament. The detail and workmanship is exquisite. The automaton was not only playing music but could propel itself along the table on a set of hidden wheels. Imagine the surprise and delight of people seeing this wondrous object. 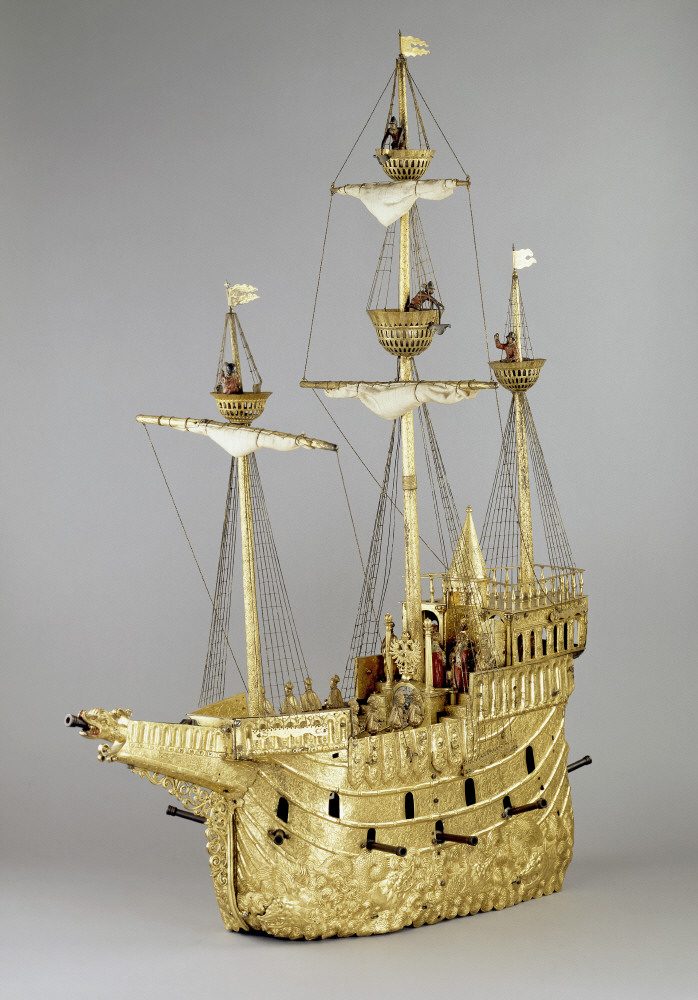 7. Black Obelisk: A black limestone obelisk stands in the Assyrian galleries, narrating the glories of King Shalmaneser III. The reliefs show tributes of exotic animals and goods from around the world being offered to the king. He is such a great man that even the king of the Jews, the Biblical King Jehu, bows in submission at his feet. We think that propaganda and political spin is a modern invention but this stela from 825 BC proves the opposite.

8. Iznik pottery: beautiful pottery has always been engaging and pottery made in Turkey at Iznik is a true wonder. Elaborate and colourful designs cover the ceramics made for the Ottoman court. Dating to the 15th C such pottery was the envy of the western world and served as influence on later decorative trends. Seeing it is to remember the words of Oscar Wilde: “I find it harder and harder every day to live up to my blue china.” 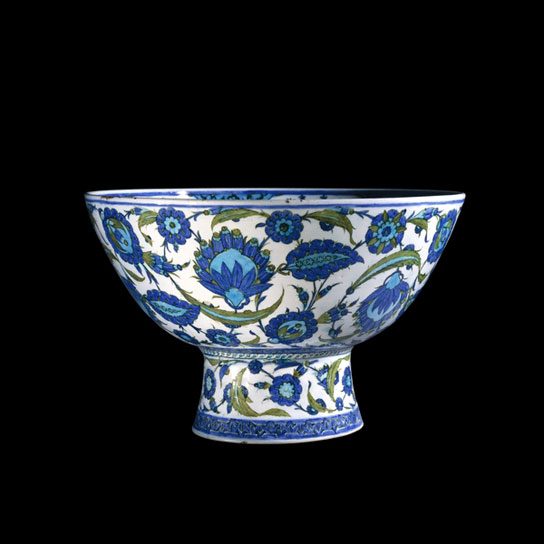 9. “Cradle to Grave”: is a modern art installation, commissioned specifically for the British Museum, telling the story of an average man and woman through the medication they have taken in their lifetime. Looking at it makes us think twice about the development of medicine but also of our use of medication and fascination with wellbeing.

10. Statuette of Ajax: the last object is tiny, made of bronze and was discovered at the back of a cupboard by Ian Jenkins the curator of the ancient Greece department at the British Museum. This statuette has a disturbing theme, the suicide of Ajax. It is thought to be one of the earliest representations of an identifiable character in Greek art, but also shows vividly the vulnerability of the human mind.

Being one of the most visited museums in the world comes with a price. The museum can feel overcrowded, every space filled with people. Blue Badge Tourist Guides are specifically trained not only to know the history of the objects on display but also to negotiate crowds and can enhance any visit.

This exhibition will bring together masterpieces produced during Rubens' lifetime, as well as major works by great artists who were influenced by him in the generations that followed.