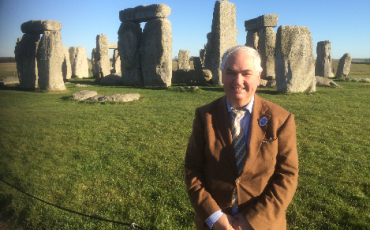 Named Edwin (an early king of Northern England) but usually called 'Eddie', I conducted extended tours around Britain and Ireland for many years and now work as a freelance guide and tour manager with a little writing and editing on the side.  I specialise in public transport and walking tours of London which means that you do not have to have your own vehicle. I conduct round Britain tours themed on cars, religion, music, theatre, literature and sport and have looked after all types of groups from freemasons to farmers, from baptists to Beatles fans. I will go anywhere and work extra hard for all my clients.

10 Facts About The Elizabeth Line Running Across London

The idea for a line joining the eastern and western suburbs of London was first mooted in 1941 during the Second World War but it took over eighty years before this dream was realised. The Elizabeth Line, as it has become known, was officially opened by Queen Elizabeth II who officially opened the line on 17 May 2022  at Paddington Station; passenger services started on 24 May 2022.  Her Majesty was presented with an Oyster Card with £5 on it. Although she was shown how to use the card, she did not do so and left the station in a lift. The Queen spent time at the opening talking to Transport For London staff.

Lifeboats In London: The Work Of The Royal National Lifeboat Institution (RNLI) On The River Thames

While most visitors to London might not associate the capital with the Royal National Lifeboat Institution (RNLI), the River Thames will be seen on virtually every tour of London and is often considered the backbone of the capital. Four of the RNLI’s 238 lifeboat stations are on the Thames, and their busiest is RNLI Tower Lifeboat Station by Waterloo Bridge. The others are at Chiswick and Teddington in Greater London and Gravesend in Kent.

Easter Sunday falls on the first Sunday after the full moon following the spring equinox on 21st March. This unusual calculation, which uses a mixture of solar and lunar calendars, means that the day itself can occur anytime in a period of over a month - between 22nd March and 25th April. The next time it will fall this late will be in 2038 and you will have an even longer wait for a very early Easter. It will not take place on 22nd March until 2285.